Wikipedia states that the concept of video games as an art form is a controversial topic within the entertainment industry.

The concept of video games as a form of art is a commonly debated topic within the entertainment industry. Though video games have been afforded legal protection as creative works by the Supreme Court of the United States, the philosophical proposition that videogames are works of art remains in question, even when considering the contribution of expressive elements such as acting, visuals, stories, interaction and music. Even art games, games purposely designed to be a work of creative expression, have been challenged as works of art by some critics.

Even though Video games have been given legal protection as creative works by the United States supreme courts, however it is still questioned: Are video games art ?

It is my personal belief and the belief of many others gamers and designers that video games and game design are art forms.

I follow various gaming Youtubers and some of these put great emphasis on the art style of video games and how it affects  the games success, such as The Act Man and The Kilian Experience who both regularly review games.

Of course for a game to be successful many factors are evident … storyline, characters, design, music, backdrops, controls, game play, objectives, to name but a few.

With some games the art on show is basic or even non existent  eg snake but for others the art style, characters, backdrops, details, storyline , music create the game and make it very immersive such as Halo or Battlefield . The attention to detail and artwork on Battlefield for example  the tanks , the weaponry, the soldiers and their attire all fitting for that age, the terrain is spot on and I would say this is art and this art adds to the game experience.

Take a game like minecraft. This game is art on two levels. You have the creation of the game itself ...minecraft blocks, skins, worlds, monsters ...but then as a player you can also be creative and build your own world, houses , gardens and farms even cities and really use your imagination.

I have had various conversations with some of my friends and family both gamers and non gamers and many agree that the creation of games requires a lot of artistic skill and that the visuals involved are art  and carried out research online.

In my opinion, yes, video games can be considered art. Video games have come a long way from their origins, and they are no longer a few pixels on the screen. Video games have evolved into rich platforms where people can bring their imaginations to life for others to enjoy.

However there were a few that did not agree games were art and viewed it more as entertainment and thought that too much time gaming was a negative thing.

In 2012 Guardian art critic Jhonathan Jones published an article arguing that games were more like a playground and not art he also notes that the nature of creating video games robs one person's reaction to life and that nobody owns the game so there is no artist therefore no work of art .

Most of the people I spoke to regarding gaming in a negative way viewed it more as a waste of time and a way to make money and they also thought games cannot be compared to paintings  or music.

In conclusion to my essay gaming and game design: Is it art, is that gaming as art is a controversial topic. Some people especially gamers and myself do view games as a work of art because in order to create a visually effective and immersive game from start to finish or to create within a game such as minecraft requires a large amount of artistic skill and imagination.

https://techspirited.com/negative-effects-of-video-games  and view it more as entertainment due to how it is mass produced and marketed and sold by companies.

“To my knowledge, no one in or out of the field has ever been able to cite a game worthy of comparison with the great dramatists, poets, filmmakers, novelists and composers. That a game can aspire to artistic importance as a visual experience, I accept. But for most gamers, video games represent a loss of those precious hours we have available to make ourselves more cultured, civilized and empathetic.” 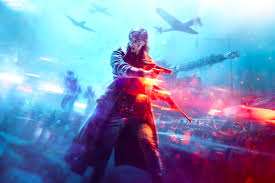 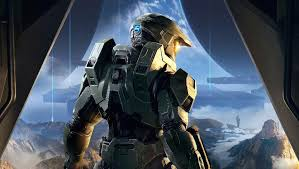 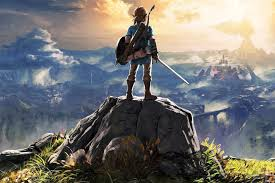