Even just watching online it was a exciting and thrilling experience of colour , music and atmosphere …. Where Van Goghs artwork literally came to life before your very eyes. Art overtook every wall, the whole wall and even the ceiling and was animated in time with atmospheric music. In short it was absolutely brilliant !

Each piece of Van Goghs artwork came to life and you were literally stood right in the middle of it, each painting mowing and changing right before your eyes flowing from one piece to another in animated crossover of colour , mixing, lighting and skill. Certainly not good for anyone who suffers from motion sickness or dizziness to be watching it live as it was as if the whole room was moving and changing around you all the time.

Music was used to great effect to build drama and atmosphere and make the paintings seeming come to life even more.

I feel this has sparked a whole new appreciation for Van Goghs art and art style.

Vincent Van Gogh was a Dutch post impressionist painter. He was born on March 30th 1853 in Zundert in the Netherlands. He tragically  passed away on the 29th July 1890 from suicide by gunshot.He is laid to rest in Auvers - sur - oise in France.

He had two brothers and three sisters and he himself remained unmarried. His brother Theo became his closest and most devoted friend  and artistic agent.

Van Gogh will always be remembered as one of the greatest and most influential figures in the history of western art.

In just over one decade Vincent Van Gogh created just over 2000 works of art including many oil paintings the majority of which dated from just the last two years of this life, He also created drawings, paintings, watercolor paintings , lithographs and etchings .

Some of Van Gogh's most famous pieces of work include 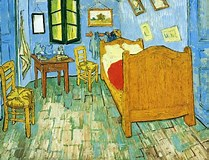 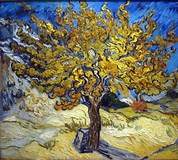 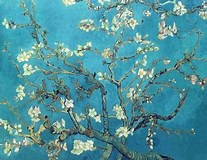 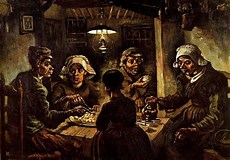 Vincent Van Gogh was the son of a pastor. He originally believed that he too would be a preacher  and it took years for him to become an artist. He studied art in Belgium, then in 1886 he joined his brother Theo in Paris . Theo managed the Gouplis Gallery in Paris and it was here that Vincent Van Gosgh met Piccaso , Monet and Gauguin.

Van Gogh was considered highly emotional and lacked confidence. At first he tried to imitate new impressionist painters, he then later developed his own much more unconventional and bold style of painting.

Van Goghs inimitable  fusion of form and content is a powerful and dramatic style, it is lyrically rhythmic and it is both imaginative and hugly emotional  as the artist himself he was completely absorbed in an effort to explain through his art his struggle against his own emotions  and his comprehension at the spiritual essence of nature for Van Gogh struggled with his mental health.

In 1888 Van Gogh went to Aries and he helped to found a school of art called The Yellow House, a place where artist could come together and create together, Gauguin did join him with this however Van Goghs battle with mental health made him difficult to work with and this along with the work load and the painting all took its toll on Van Goghs health.

Near the end of 1888 an incident caused Gauguin to leave pursued him in anger ,  his guilt over this caused him to cut off a section of his own ear, he then later spent a couple of years in a asylum in Saint Remy.

In 1890 Van Gogh seemed much better and more at peace he went to Auvers - Sur - oise however he died shortly afterwards from what is believed to be suicide from a self inflicted gun shot wound.

Unfortunately Van Gogh did not have massive success or manage to enjoy the fruits of his labour during his lifetime which is very sad, he unfortunately died in tragic circumstances not knowing the huge acclaim his art would eventually receive.

Vincent Van Gogh is now considered as one of the most influential artists in the whole world and his legacy to art lives on to this day. He has left a lasting impact on the world of art and there is no doubt that Van Gogh has helped to lay the foundations of modern art as we know it.

Vincent Van Gogh has influenced generation after generation of artists worldwide  and we can see his impact to this day not only in painting but also in poetry, song and video.

Vincent Van Goghs legacy is immortal and he will always be remembered as one of the most greatest artists of modern era.

I enjoyed researching Vincent Van Gogh, it has led me to wanting to experiment more with colour and look at how i can use color more in my own artwork/ animation.

It has also led me to develop my own unique style and put my own unique spill on my work. From watching the Van Gogh experience it has led me to look at different art forms and ways that they can be displayed within animation and think of more out there ideas for using color/ art/ music / lighting and how all theses factors can be bought together   to create a dramatic effect in animation and ways in which even with single images you can build them up and  you can flow from one piece to another and make in an animation piece. I think it has certainly encouraged me that  when it comes to art think outside the box.

I was concerned with my own drawings that some looked a little too abstract however this is what was coming to my imagination and i wanted to get my ideas on paper so i decided to just go with it and be as creative as i wanted to be regardless of how it may look odd or not perfect. Art can take so many forms and i really wanted like Van Gogh to not be afraid to think outside the box. 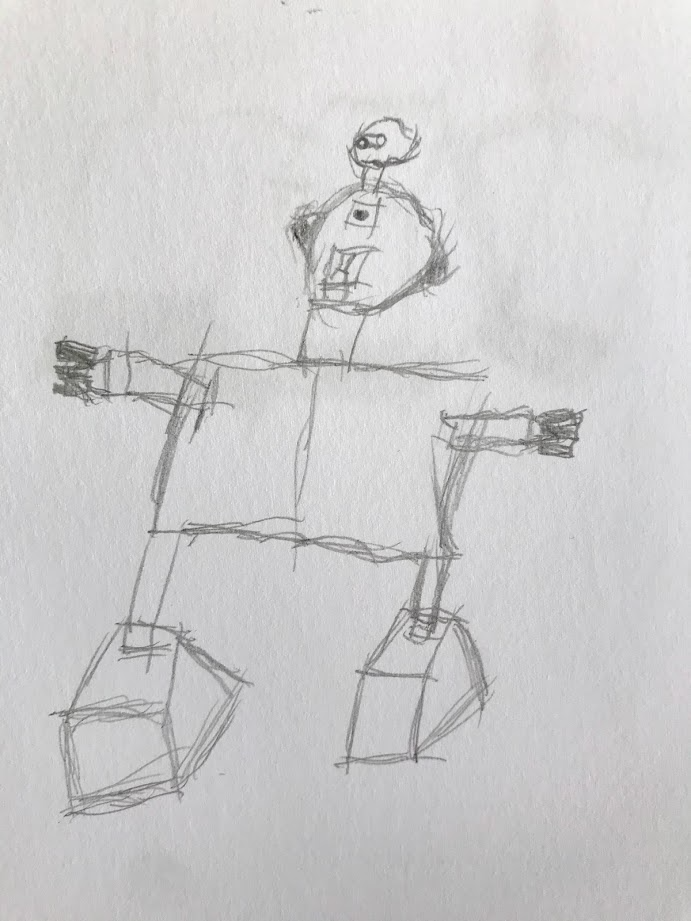 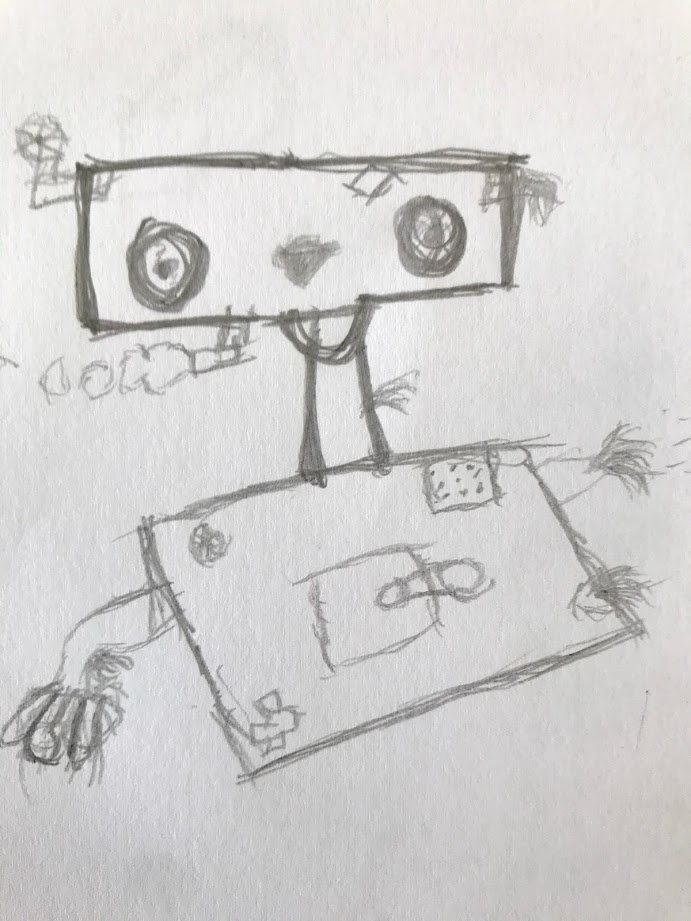 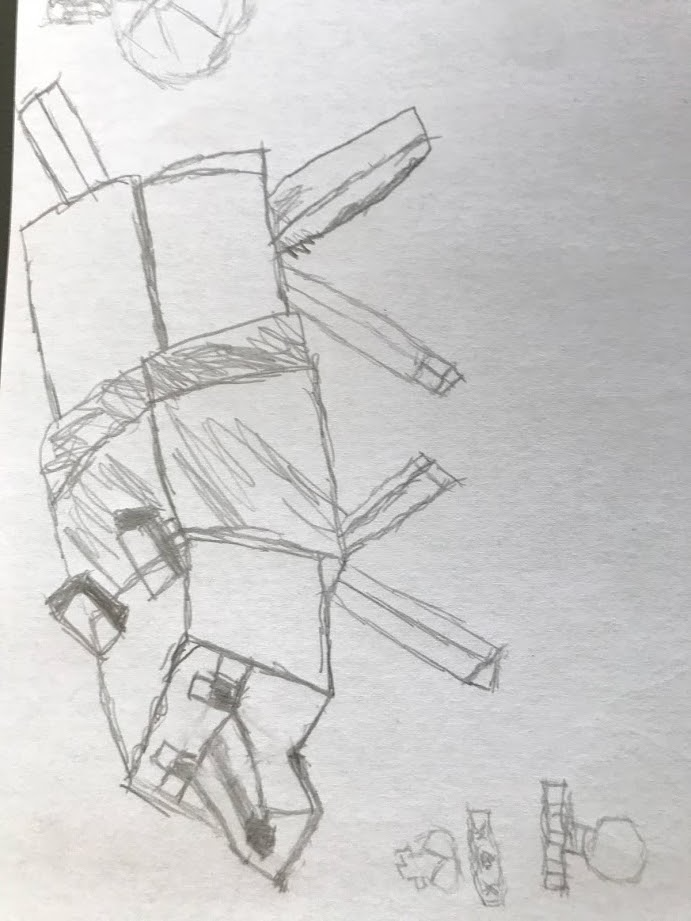 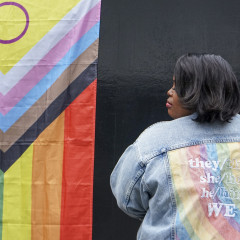