The Brighton Gay Men’s Chorus created the most wonderful evening. The church was packed full of people who absolutely adored them from start to finish, and the song choices and arrangements were excellent. The songs chosen spanned a large timescale, including some modern hits, as well as some songs I didn’t recognise, but every single one was arranged and sung beautifully and left the audience wanting more.

I have to say, at the first ‘comical interlude’ I questioned why there was a storyline and why they weren’t just playing a concert; but by the end, as they and we, the audience, warmed up and got into it, the comedic element, combined with plenty of innuendos, had the audience in hysterics and made for an even more fun night than the singing alone might have.

The sequin waistcoats that were to-die-for, the pink branded t-shirts and the other costumes and props used throughout the show displayed the commitment of the entire company to making those around them happy through music and comedy. Every single man on that stage looked to be having the best time, and the solo and smaller group performances showed just how talented every one of them is.

It is also worth mentioning that the Chorus are doing some other great things as well, including raising money for local charities, for which they have collection buckets after each show.

I genuinely had the best time. Watching this group of men sing and dance in sequins and pink tops and having an absolute ball made me enjoy it even more and I wouldn’t hesitate in going to see them again. 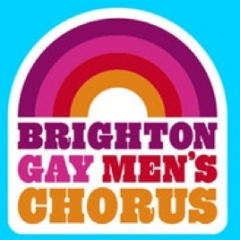