You awake to find yourself in... The Dark Room. What do you do, Darren?

I went into this show blind. Literally, the room is so dark, you can hardly see – bar the projection and floating head of John Robertson. That's the point, you find yourself in a dark room. And get called Darren. This is the only real-life-text-based-adventure-game in the world (or at least, the only one that's done it successfully). The premise is simple, a member of the audience chooses one of the options on the projected screen, which then progresses the story until you inevitably die.

You awake to find yourself in...The Dark Room and the next person tenuously begins to play the game. You select one of 4 options. This sounds incredibly dull, and it would be, were it not for the perfect narration of John Robertson, whose comic timing and delivery could make anything funny. His brilliant play between light and dark keeps the audience on it's toes, the edge of it's seat, until one wrong move then....

...and everyone laughs, as you awake to find yourself in the dark room. When I saw this show there were plenty of people who has seen it before in the audience, meaning laughter from the start, before Robertson has even gotten on stage. They joined in with the more common parts of the narrative, and lapped up his every word, hanging off every last syllable. Robertson is what makes the show great – his voices and facial expressions emphasise everything, and his sarcasm punctuates the experience, provoking tirades of laughter from all who attended.

There is nothing bad to be said about this show. The concept is easy to pick up, the humour is bawdy, and the execution (bar some...moments about John Denver that we're not allowed to talk about) is flawless. You will leave this show wanting to see it again, and again, and again, until ya die.

John Robertson – The Dark Room: Symphony of a Floating Head is on at the Cowgate Underbelly, every day in August, except the 31st. Shows start at 20:40 and run for an hour. Tickets cost £9.50 Monday-Thursday and £10.50 Friday-Sunday. Seating isn't allocated, so arrive early to get a good spot! For tickets and more info, please go here. Oh, and your name is Darren, not Dareen. 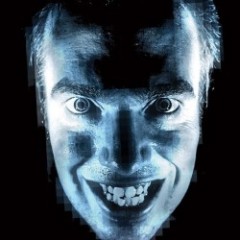 John Robertson - The Dark Room: Symphony of a Floating Head

You awake to find yourself in... The Dark Room. What do you do, Darren?