Hilariously funny, comedian Justin Moorehouse blesses us with his northern charms. Having featured on Live at the Apollo and a few radio shows he's definitely no stranger to the stage. He leads with a strong opening, as you'd expect from the northerner and ends with a knock-out, leaving everyone laughing out loud.

It's common for comedians to talk about themselves and people in their live but Moorehouse does it brilliantly with his quick quips and amusing banter. His story about his friend going skiing was very humorous.

The jokes were good, but there were a few references aimed towards the older members of the audience, so most of the young people like me, didn't get it or didn't find it funny because they couldn't relate. However, most of his content was relatable to everyone in the audience and hilarious.

His stage presence was strong from the start. He grips the audience, immersing them in his serious tone then immediately mocks them with a joke. What's surprising is that he does it multiple times and still works. You know what they say, "Fool me once shame on you, fool me several times and I'll applaud you" - paraphrasing of course.

There was quite a lot of toilet humour, which was favoured by the audience. He absolutely killed it at the end with his final joke leaving audience tearing in laughter.

I enjoyed watching him perform and would definitely recommend seeing him live if you need a good laugh. Best stand up I've seen so far. 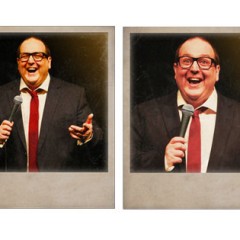