An eclectic selection of films by young film makers and artists

Tthe selection of films varied from heartfelt stories to abstractly artistic. We caught up with two of the short films that were being screened in the Broadway throughout the day on Saturday.

After witnessing this, I stepped back and summarised that this felt like a budget thriller with overzealous sound effects. I was not far off when looking up ‘Kayfabe’ meaning the practised way of fake professional wrestling. The main protagonist I can only assume is James himself jumping and hopping over the screen like the deranged, aggressive wrestler he is. The popular breaking of wood (actually it was a cardboard like cylinder) with bare hands followed by the pulling of his opponents head in a still slow motion. Its daftness borderline insanity is what keeps it moving smoothly. Totally nuts!

Wong Ka Ki ~ I Draw Inside a Sheep

This particular short brought to the viewer a sense of fantasy and reality co-existing. Many a time it was not always clear which realm we were in, regardless; KaKi added an interesting new layer to the girl meets boy narrative. While the sheep mildly peaks the interest of the female for a little bit she is constantly on the search for the male in her dream state. Eventually, she builds up such a strong idea of him that she becomes dissatisfied once he is ‘found’. It is a relatable piece that leaves you a little cold but wiser nonetheless. 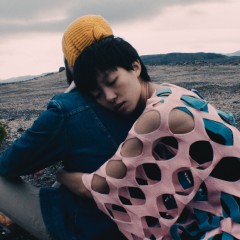 An eclectic selection of films by young film makers and artists