The rise of air pollution in dense areas has been found to affect people’s psyche, leading to more people than ever seeking out mental health treatment

A comprehensive study has recently brought insight into the effect that air pollution and climate change can have on mental health, showing that with higher temperatures come more severe psychological problems.

13,000 people in London were surveyed in the recent study and results showed that even small increases in the amount of nitrogen dioxide can lead to 32% increase in the need for community-based treatment and a further 18% risk of hospital admission. The research documents that these findings are likely to be apparent in most developed cities, and that cutting air pollution would bring unparalleled benefit to millions of vulnerable people.

The research calculated the frequency of hospital and community doctor visits as a severity measure. According to the study, just a small decrease in air pollution could amount to saving the NHS tens of millions of pounds a year in mental health treatment. Joanne Newbury of the University of Bristol led the study, and said: “We know there are interventions that can be used, such as expanding low-emission zones. Mental health interventions at the individual level are actually quite difficult.”

Depression and anxiety are among the most prevalent mental health issues that seem to be incurred through air pollution, many that grow up in polluted areas have been found to be more susceptible to mental disorders. Other research has also found that air pollution seems to bring with it a reduction in intelligence, as well as a link to dementia.

The main chemical culprit seems to be NO2, which is emitted by diesel vehicles as well as small particle pollution that is found by the burning of fossil fuels. It will require more research to find a complete and definitive link between air pollution and mental disorders, as there are many factors that could come into play, such as sex, ethnicity, and population density. However, researchers have stated that the information gathered by the study is “biologically plausible”, as pollution is known to cause potent inflammation, and inflammation is believed to play a large role in psychotic and mood disorders. 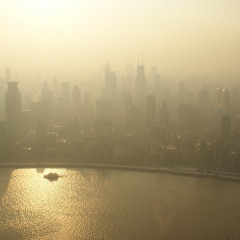 The rise of air pollution in dense areas has been found to affect people’s psyche, leading to more people than ever seeking out mental health treatment