Obsessive Compulsive Disorder (OCD), is an anxiety disorder and unfortunately, there are a lot of misconceptions surrounding it.

OCD stands for Obsessive Compulsive Disorder. It is defined by the NHS as “a common mental health condition where a person has obsessive thoughts and compulsive behaviours.” It is a type of anxiety disorder and can affect anyone, often starting during early adulthood.

People with OCD have thoughts, feelings, or mental imagery on repeat known as obsessions. To relieve themselves of the distress and anxiety that comes with the repetitions, they take actions known as compulsions. These actions or rituals may help them initially to calm down as they believe that it helps them to eradicate the bad thoughts, feelings, and mental imagery.  They then think they must do these actions in order to prevent harm to themselves and those around them. Often, it can result in an endless cycle of these rituals because the negative thoughts do not stop after one ritual is completed.

OCD affects 1 in 50 people across the United Kingdom, and I think it is time to get some of these myths dispelled.

“OCD is about tidiness and cleaning”

There is more than one side to OCD and is not as clear-cut as this. An obsession with ensuring things are clean can be a part of having OCD, but not everyone experiences this. Many individuals suffering with this disorder experience intrusive thoughts and chronic feelings of doubt and danger. These emotions create ‘obsessions’ for the person which are often difficult to control and rationalise. Examples of obsessions include: a need to order and for symmetry, intense fear for oneself or others’ safety, aggressive thoughts or impulses, rechecking for errors or safety, repeating actions such as closing a door, hoarding, a fear of dirt or contamination, and unwanted sexual thoughts.

“OCD is a women’s disorder”

It goes without saying that mental health issues are generally not picky with who they affect, and OCD is no different. It affects men, women and children from any ethnic, racial, and economic backgrounds at the same rate. The misconception potentially stems from the previous as many people still see cleaning and tidying as feminine, but mental health disorders are not misogynistic. Symptoms of OCD typically begin during a person’s teenage to early adulthood years but can begin in childhood as well.

“People with OCD should just relax”

Although more of a piece of ‘advice’, it is still thrown around a lot. It would be lovely if it was as simple as ‘just relaxing’, but unfortunately it’s not. As a result of the obsessions one can experience, one suffers and commonly have compulsions. These are physical acts performed with the purpose of relieving the anxiety caused by obsessions. Examples of this can include: Checking a door is locked a set number of times to alleviate any doubt or fears of being broken into. Suffers cannot stop themselves from carrying out these compulsions, nor can they ‘just stop’ their obsessions. Compulsions are only a temporary way to relieve anxiety, and individuals with the disorder are stuck in a cycle of obsessions and compulsions, so unfortunately they cannot ‘just relax’.

“We are all a bit OCD about something”

No, we are not. It is impossible to be ‘a bit’ OCD, either you have it or you don’t. It is, for some, a debilitating anxiety disorder that can take over someone’s life. Liking cleanliness or order in your life does not automatically mean you have OCD because it is far more than simply wanting things in a particular way. Around 750,000 people across the UK suffer with this disorder, so please do not use it as a personality trait. This behaviour is harmful because it suggests that sufferers have the power to choose their obsessions and compulsions and are in control of how much it affects them, therefore undermining the severity of it. An individual with OCD is 10 times more likely to die from suicide than the general population, so please stop trying to blur the lines.

“It is rooted in your childhood”

Many people believe that individuals with OCD must have grown up in dysfunctional homes. Despite there being evidence to suggest that genetics and life events do play a role in OCD, it is not the only cause. For example, those with an already meticulous personality are more likely to show signs of OCD. Pregnancy or giving birth can also result in OCD for some, which is not the same as just wanting your child to be healthy and safe.

“People with OCD are always washing their hands”

As with everything on this list, washing hands can be a compulsion for some, but not others. Other compulsions can include: counting, checking, hoarding, ordering, and ensuring symmetry. Compulsions are time-consuming and often prevent the individual from enjoying what they are doing, as they are overwhelmed with the urge to carry their compulsions out.

Obsessive Compulsive Disorder is extremely complex and is specific to the individual. Not everyone with it will experience it in the same way, and some will be better at hiding it than others. It is harmful and disrespectful to make statements like the ones above, so please stop saying them.

If you think you or someone you know has OCD, it is important to get the right help. Whoever you think may have OCD should make an appointment with their GP to discuss it further. The GP is likely to offer either medication, a referral to service for talking treatment, or a referral to a mental health specialist service. In addition to this the following NHS listed websites can provide support: 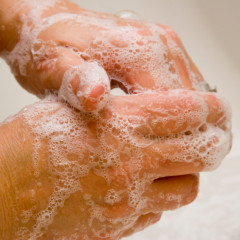 The misconceptions of OCD

Obsessive Compulsive Disorder (OCD), is an anxiety disorder and unfortunately, there are a lot of misconceptions surrounding it.