Women’s fashion is ever-evolving, so let’s take some time to look at where our styles may have evolved across the decades.

For day wear, a combination of blouse, cardigan, and pleated skirt was the most popular among women. An afternoon dress was typically a basic shift dress as the dropped waist was really in fashion. For an evening outfit, dresses were heavily beaded and decorated in different ways; contrary to common belief, fringe dresses were only for the few that could afford it. Women strived to appear elegant to their peers in the roaring 20s. As hems were rising and knees began to show, there was more of a need for hosiery and stockings. On their feet, classic pumps were popular with the masses, and T-strap heels in various designs were popular for the evening. In terms of accessories, women loved to layer necklaces. Jewellery was art-deco-themed with bright colours. Headpieces, cigarette cases, and compact mirrors were also common items women had on their person.

Hem-lines were elongated which gave a slinkier look to women’s outfits. Shirtwaist dresses were very popular but did not have petticoats underneath like some of the other eras. Using materials from animal feed bags became popular due to a lack of money, making creativity a must for women at the time. This trend became so popularised that animal feed companies began to put designs on their bags so that people could make more interesting-looking clothes. Patterns were a huge trend in the 30s, from floral to polka dot, this era loved them all although animal print was only available to wealthy women. This era saw second-hand clothes shops popping up left, right, and centre, with many advertising to buy women’s clothes from them in order to resell them. Knitted fabrics were very common in the 30s as it was relatively cheap to produce, with some women knitting full-length dresses. Bias-cut dresses were popularised, despite being created in 1922; bias-cut dresses were cut diagonally in order to compliment a woman's curves when she wore it. Some women preferred to wear their dresses with belts to give the illusion that it was a two-piece outfit. T-strap heels were still popular among many, in various styles and colours.

In the 1940s, victory or utility suits in patriotic colours became rapidly popular; these consisted of a tailored skirt and jacket combination. Wide-legged, high-waisted trousers which until this decade were primarily menswear. Additionally, overalls and jeans were used to create what they called the Rosie the Riveter look, which all came from what women had to wear during the war to look after the country at home. Knee-length A-line dresses with puffed shoulders in patriotic colours were also trendy, varying in pattern as well as colour. Keeping with the A-line theme, plaid skirts of this style paired with white button-down blouses were commonly worn during the day. Peep-toe heels, loafers, Oxfords, and wedge sandals were worn for most occasions, with the wedge sandals often being paired with the brand new two-piece bikini that had just made its debut. Women accessorised with different coloured hats, headscarves, snoods, and flower clips.

For a more casual or daytime look, twin-set cardigan combos and circle skirts, or poodle skirts for teenagers, were a go-to. Capri trousers, high-waisted jeans, and Peter Pan collar blouses also made up some of their daytime wardrobes. In the evening, tea-length swing dresses with petticoats for fullness or slim sheath dresses and tailored suits were what you may see most women sporting. In winter, women loved a swing coat, with some wealthier women adding fur around the collar. Kitten and stiletto heels became very popular, alongside saddle shoes for the daytime. Cohesive small hats, gloves, belts, and handbags were a must for the coordinated women of the 1950s, as well as pearls, animal brooches, and bullet bras commonly seen on Hollywood stars of the time.

The Youthquake movement created the “babydoll” style of clothing. Short, shapeless shift dresses in bright colours and colour back patterns became a staple of the “Mod” look. Button-down shirts, turtlenecks, and clunky knit sweaters made up the majority of women’s casual outfits, as did Jax trousers, stirrup trousers, and bell bottoms. Jumpsuits were a classic choice in the 1960s for an evening-out outfit, in various patterns and colours. Mini skirts or pencil skirts in plaid were a teen’s school or casual daytime outfit. Low heel flats, boots, and vinyl shoes became vastly popular for most occasions of the era, but platform vinyl boots were particularly well-loved for the disco. Stockings or tall socks were common items to cover legs or add another pop of colour to an outfit. Pop Art jewellery in bright, bold colours and big shapes was liked among many in the 60s as the art style was fairly new. ‘Hippie fashion' was in full swing by the mid to late 1960s, with blue jeans, psychedelic swirls, and tie-dye everywhere.

Granny dresses and hippie dresses at midi and maxi length, as well as Edwardian-inspired lace trim prairie dresses, were eaten up by women in the 70s. Other popular styles of dresses include shift dresses ranging from short mod style dresses to knee-length shirt dresses. Peasant blouses, tunic tops, and band t-shirts ruled this decade and were loved by most women. When you think of fashion in the 70s, what’s the first thing you think of? Bell bottom trousers, and for good reason. The groovy women of this era loved a pair of bell bottoms to dance the night away in. Flared jeans and wide-leg palazzo trousers weren’t too far behind in popularity either. Jumpsuits carried over from the previous decade and could be worn casually as evening wear or to continue disco dancing. Much like the 1930s, they loved to get creative, by decorating their clothes with patches, fringe, and embroidery. A material the 70s adored was denim; from trousers to jumpsuits, dresses, skirts, jackets, vests, you name it, and 70s probably made it out of denim. Strangely, the 70s saw the revival of a lot of 1920’s style jewellery, with bright art-deco-themed items.

As arguably one of the most iconic decades for fashion, the women of the 80s were not stuck for things to wear. The fashion of the 1980s can be summarised in three words: Denim, lycra, and neon. Denim jeans came high-waisted, mom style, ripped, acid washed and dark washed; denim jackets and vests were also part of a classic 80s punk look. The punk look could also be pulled off with some leather, either on your arms or your feet. If punk wasn’t your style, perhaps business suits with obscenely exaggerated shoulders, paired with a pencil skirt are more for you? Or neon leotards, spandex, or lycra to follow along to the latest workout DVD at home. The 80s held their accessories dear to them; leg warmers, scrunchies, fingerless gloves, plastic bangles, bum bags, large colourful and neon earrings, and pearl necklaces could be guaranteed to be found in the majority of homes in the 1980s.

The women of the 90s absolutely adored denim. Jeans came high-waisted or low-waisted in a dark wash, acid wash, flared, and regular; there were denim skirts, skirts, overalls, and jackets too. Oversized jumpers, turtlenecks, and knitted cotton shirts with pleated trousers were commonly worn during the daytime. Satin and silky slip or mini dresses were a 90s wardrobe staple, regardless of the time of day or where you were going. Windbreakers, leather, or puffy jackets helped to layer a look or add a bit of shielding from the elements. If you needed to keep cooler, crop tops were extremely popular during this era too. Canvas shoes, platforms, trainers, combat and leather boots, square toe heels, bulky-looking shoes, doc martens, and suede creeper shoes were the most iconic footwear of the time. To accessorise, women in the 90s loved chokers, hoop earrings, fishnet tights, scrub joes, and likely a lot more.

The 2000s were spoiled for choice in terms of outfit choices. Jeans had never come in so many different styles before with classics such as high and low-rise still around, but with the additions of lace-up, bedazzled pockets, no back pockets, and patchwork jeans. The 2000s upheld the denim trend. Halter tops, baby tees, rugby shirts, popcorn shirts, airbrushed shirts, and t-shirts plastered in rhinestones were all classic finds in a 2000s wardrobe. This decade seriously adored rhinestones, they even used them to spell out messages across the butt section of trousers, seen from brands such as Juicy Couture. They were not short of accessories either; Von Dutch trucker hats, tattoo chokers, studded belts, butterfly clips. Claw clips and baguette bags were close to the hearts of the women of the 2000s. As were kitten heels, flip flops, and platform sandals. 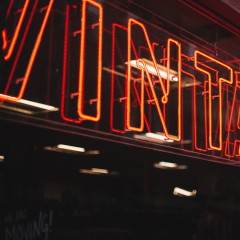 Women’s fashion trends through the decades

Women’s fashion is ever-evolving, so let’s take some time to look at where our styles may have evolved across the decades.