My Review of War Horse at Troubadour Wembley Park Theatre

On the 23rd of November I went to see War Horse and it was amazing! It is so effectively and cleverly performed by the actors and so much detail is put into the sets and the staging.

One of the best parts was the use of the puppets. I was really impressed at how the actors were able to stay in character while moving a puppet so accurately and realistically and making sound effects that sound exactly like the animals they are moving. This made the show much more believable because even though a horse wasn't actually there and was created using a very simple and bare design when everything was added together it felt real.

It was an amazing show However, it was quite an upsetting performance because it was so realistic and based around something that actually happened. This made it very hard to watch because you already knew it was going to be really sad.

Overall I thought that War Horse was an amazing play! It was so effective and a really moving performance. I would love to see it again and would recommend watching it because you wont see many other shows that have actors, sets and puppets as amazing as War Horse's 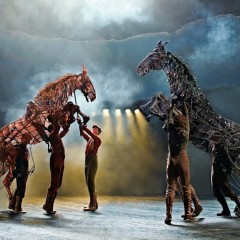 My Review of War Horse at Troubadour Wembley Park Theatre 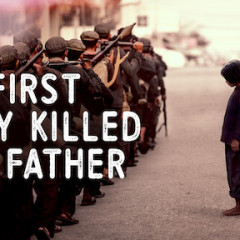 First they killed my Father Review - by Oscar