I have updated my research piece on Andy Warhol - his life and work - for my Arts Award Gold project.  I would be grateful for your feedback on my review :-)

I enjoyed all the exhibits at the Tate Modern and I learnt from the workshop on detail and patterning that I attended with Ely Leach.  However, my favourite event was the research I carried out on Andy Warhol’s life and artwork, after seeing his self-portrait at the Tate Modern in London.

Warhol (1928 – 1987) was an American artist, entrepreneur, sculptor, producer and author.  His work covered a wide range of media including photography and painting.  Andy Warhol is still so influential after his death that he has a whole museum dedicated to him in his native town of Pittsburgh and is inspiring people at my age and in my time.

Andy Warhol turned to reading magazines and DC comic books when he was ill as a child.  In 1949, Warhol graduated with a degree in Pictorial Design from what is now known as the Carnegie Mellon University.  After that he moved to New York and started his career in commercial assignments, using ink drawings to design shoes and creating window displays for shops.

Warhol turned to painting, drawing and exhibiting his work in the 1950s, but it was the 1960s that saw the development of Andy Warhol's career in PopArt (creating art using everyday commercial items as the subjects).  Warhol drew upon his extensive knowledge of advertising and painted iconic American objects like dollar notes and Coke bottles.  It was during this period that one of his best known works, the Campbell's Soup Cans (1962), made in silkscreen painting gained recognition during a notable exhibition in 1964 called “The American Supermarket”.  This exhibition was very successful so much so that it has recently been recreated by the Tate, Liverpool in 2002.  The '60s also saw Warhol painting well-known people such as Elvis Presley, Marilyn Monroe, Marlon Brando and Muhammad Ali and images of current affairs like the protesters during the 1963 Birmingham Campaign of African-Americans.

In March 2018, I attended Warhol's exhibition in Room 12 of The Tate London titled “Beyond Pop”.  There were various pieces there, but I had gone to see his self-portrait, which I had found when looking up events on the Tate website and which had introduced me to Andy Warhol's work.   The portrait was done on canvas in synthetic polymer paint and silkscreen and made me want to explore more of his work.

I like his use of colours and the psychedelic effect that they have on his art pieces. The colours and hues that he used usually matched the character of who he drew and expressed their personality in a different way. For instance, from one of Warhol’s paintings of Muhammad Ali

(https://i.pinimg.com/736x/63/f8/55/63f85508808a14c3a6164ca090498fcd.jpg) I can deduce a few things about Ali’s personality. The red and orange around his fists show that Ali has a fiery spirit and is quick to fight. However, the cool blue around his head shows Ali to be an intelligent and calculating thinker. There are other colours of the same painting which could be interpreted to also show different sides to Muhammad Ali’s personality and character.

Even though the conventional use of pastel colours (not the media itself) is usually subtle, Andy Warhol went against this norm and used the effect of pastel colours to make his pictures stand out even more. This is interesting because, without the density of colours, Andy Warhol’s pictures would just look like normal photographs.

I had tried to explore the use of colour before I discovered Andy Warhol’s work, but I am a self-taught artist so I had not realised that there was a name to this method - ‘pop art’ till I started looking into Warhol's work and life. Andy Warhol’s art has also encouraged me to see shadows in a different way. However, as I started out exploring patterning and detail, I was also excited to see how Warhol used these features extensively and intricately without detracting from his original piece.  An example is his 1967 self-portrait here - https://1.bp.blogspot.com/-UJA-Gz9GMu8/UNsei-vH21I/AAAAAAAAAKs/2kZ7APaO7mw/s1600/Andy+Warhol_Self-Portrait_1967.jpg In this picture there are patterns on the left-hand side that add a different but subtle dimension to the artwork without detracting from the main subject. This is particularly interesting to me, as I have been working with Ely Leach to study details and patterning using Zentangle. I can see the potential for adding different layers of personality to my artwork, like Warhol did, by using intricate patterning in my backgrounds.

Andy Warhol showed me that an artist doesn’t have to be tied down to any one style or genre and that art is about just creating whatever you feel. He expressed himself through his artwork and reformed painting in his unique style by pioneering ‘pop art’. Warhol also showed this throughout his life. His “omnivorous curiosity” (http://warholfoundation.org/legacy/biography.html) meant that he was not tied down to one profession or art form.  I believe Warhol is adequately described by the quote on site referenced above,“His impact as an artist is far deeper and greater than his one prescient observation that “everyone will be world famous for fifteen minutes.”” 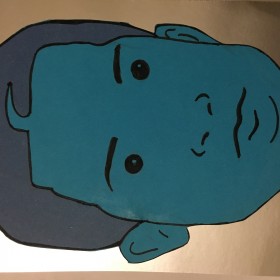 I am a 15 year-old self-taught artist with an interest in manga. I also like physics, maths and comics. 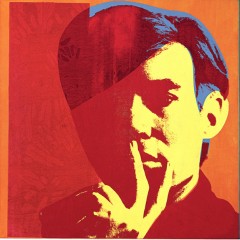 My Research on Andy Warhol

I have updated my research piece on Andy Warhol - his life and work - for my Arts Award Gold project.  I would be grateful for your feedback on my review :-)