This hard-hitting stand-up routine aimed to break down generalisations.

Dick Coughlan did this by stating them outright – no matter how taboo – exploring them and illegitimating them, to middling success. Following straight on from Dave Chawker's Circumcision at the ever-bustling Hobgoblin, in Coughlan we had a white, liberal, Southern male who was on the side of the minorities: the LGBT+ community and non-Christian religious groups.

His aggressive delivery set him up as an equal, opposing force to the stereotypically belligerent, right-wing bigot, whose views he was to spend an hour attempting to quash. Some comedians mock their subjects with considered calm, Coughlan with powerful vitriol. The show took a jab at political correctness, throwing the niceties straight out the window. He addressed all the icky subjects.

His progression through many a taboo topic took the audience on a bit of a rollercoaster, from inward hissing, to rage and rib-tickling laughter.

As part of his tirade, he read out some incendiary remarks from trolls and bullies. When a drunken older man in the audience cheered at the defamatory remarks, rather than the comedian's tongue-in-cheek presentation of them, a wave of discomfort that even Coughlan didn't seem to have expected fell over the room.

Somewhat of an ethnic banter know-it-all, I am certainly not sensitive when it comes to any tricky topics anymore. But can you go too far with satire? I think so. There can come a point when the awkwardness and discomfort outweighs the hilarity no matter how much you know they don't mean it. Coughlan certainly plays havoc with the boundary.

Anti-White PC Manginas Activate! (18+) By Dick Coughlan is on until the 15th 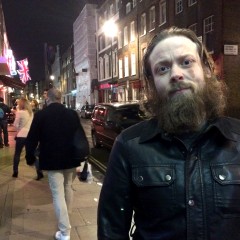 This hard-hitting stand-up routine aimed to break down generalisations.