Years in development, months of delays, and many snippets and teasers later, we have arrived at perhaps one of the most anticipated games of 2015. Arkham Knight is the third Batman game developed by Rocksteady, and the fourth in the Arkham series - Arkham Origins being created by Warner Brothers Montreal - and what a game it is.

Arkham Knight sees us once more put on the cowl, and take to the abandoned streets of Gotham. Your faced by the super-villain collective, spearheaded by Jonathan 'Scarecrow' Crane, and aided by a newly written character, the titular Arkham Knight. I'm saying nothing about the story though, as it is an emotional, hard-hitting rollercoaster that you need to experience for yourselves. It was beautifully written, plays perfectly to Batman canon, and offers plenty for the hardcore Batman fans.

Rocksteady promised us free-reign over all of Gotham, and they certainly delivered. The map is huge, and beautiful to look at. The level of detail is incredible, and you can move from one side of the city to the other without encountering a single loading screen. Want to enter one of the many buildings in the city? Just walk through the door - no loading screens! Everything is seamless.

The big new toy in the Batman arsenal is the coveted Batmobile, although to describe it as a toy is to seriously understate the raw power this tank of a car possesses. Upon first hearing they were introducing the Batmobile, I wasn't sold, and the first hour of driving around was equally unconvincing. It felt unwieldy, and the combat sluggish and hard to master. But then it suddenly clicked, and no longer did I see the car as a hinderance, or an arbitrary addition. There is something very gratifying about pushing a button, and having your car drive up to you. If this is done in the air, you even land straight in the seat, and are ready to drive off. When upgraded sufficiently, you can double-tap a button and you are fired into the air, making for an incredibly fast and fun way to traverse Gotham. You'll definitely come to appreciate this fast travel, as the map is roughly five times bigger than that of Arkham City. 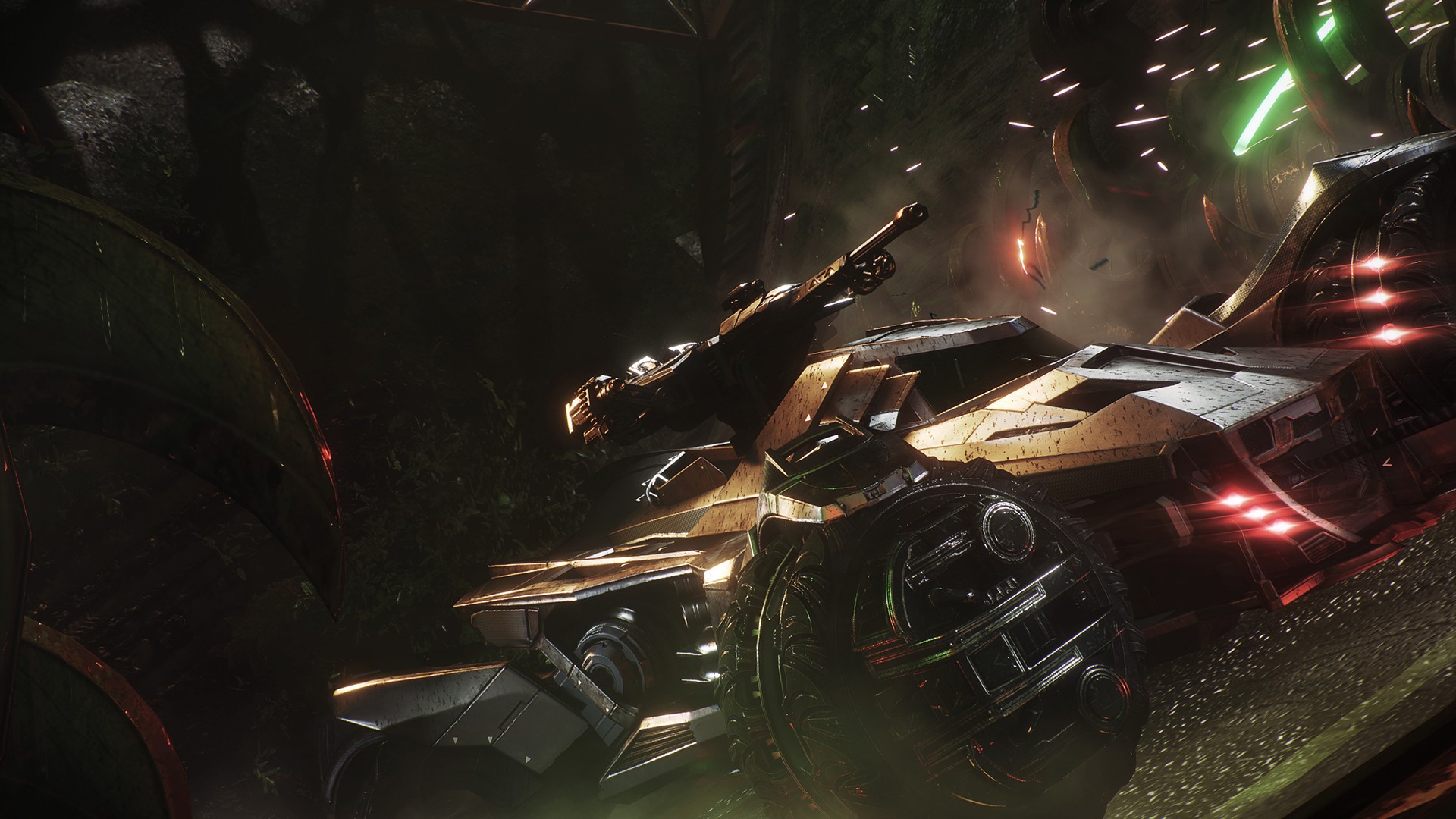 Combat is exactly as you should come to expect from an Arkham game - fluid, brutal, and perversely satisfying. Many games have tried to mimic the formula, but none have come close to bringing you the adrenaline

On the subject of new fighting mechanics, there are also opportunities to team-up with other Gotham vigilantes, and seamlessly switch between the two, triggering powerful team-up take-downs in the process. These are few and far between, and although I don't feel they really added a lot to the game, they were fun nonetheless.rush of seamlessly switching from target to target in a string of agile but vicious blows. Rocksteady have further refined this by introducing environmental takedowns, and the ability to pick up objects to beat your enemies into submission. You can even use the Batmobile to aid you in combat. It makes you feel powerful. Alive.

The game is not perfect though. In the extensive playthrough I've conducted, I ran into freezes on a couple of occasions. Nothing that restarting the game doesn't resolves, but I did get flashbacks to the buggy, broken game that Arkham Origins was. Similarly, while I applaud Rocksteady's ability to create a game without any loading screens when traversing Gotham, or entering a building, I think it did seriously test the console's capabilities. On more than a few instances, especially when in a combat scene using the Batmobile, my frame rate dropped to slideshow quality. Fight scenes became reminiscent of stop-go animation. They weren't too frequent, but prevalent enough to become annoying. On occasion, the camera also decided it wanted to roam free, leaving me staring at a wall and unable to see enemy attacks.

Equally, some of the Riddler challenges seem contrived, especially ones that involved the Batmobile. I understand that they wanted to make the most of the Bat's car, but sometimes there was a distinct lack of creativity, and challenges felt arduous, instead of mentally stimulating.

How not to launch a game…

There is a lot to enjoy about this game, but the whole experience was marred by what can only be described as the perfect example of how to ruin a launch. There have been a plethora of inexcusable issues connected to this game, that once more seems to demonstrate the pitfalls of pre-ordering. The delays are somewhat excusable, as it is better to launch a game that works rather than take the Assassin's Creed Unity approach, but other problems, not so much.

I pre-ordered the Batmobile collectors edition back in September, and less than a week before launch, WB cancelled it, claiming quality control issues. Desperate to get a special edition of some sort, I then pre-ordered the Limited edition PC version, which came with a Batman statue, and a plethora of other goodies. 2 days before launch, this was also postponed, for reasons of poor packaging. They promised digital download codes to all who were affected, but 5 days later, at the time of writing, I am still yet to receive anything. That is no great loss to me however, as the PC port is, frankly, appalling. It has been so inexcusably bad that it has actually been pulled from digital stores. Had I not also pre-ordered an Xbox One edition I would have been without the game on launch day, which is simply unacceptable, and testimony to the contempt that game publishers seem to have for their loyal fans.

I am the Knight!

Even with this sour taste in my mouth, it has been impossible to put this game down. I have never felt so enthusiastic about a game, promising myself again and again that I'll stop after I solve the next puzzle, only to still be sat there four hours later, relentlessly tracking down every clue for another Riddler trophy. The game is captivating. The city is beautiful, expansive, and challenging. There was always something to do, and the game was very accommodating. It didn't try to guide you down one path, and free-roam actually means free roam. You can choose from any number of available missions, or come across one while gliding through the city. It never felt like I was being pushed down one path. This Arkham game, more than any before it, truly make you feel like Batman. It was exhilarating, it was exhausting, and it was at times emotional. It left you with difficult choices, and moral questioning. It forced you to think, to observe and interact with your surroundings. You literally had to become the detective you were controlling to complete some of those challenges, and while it was frustrating, the feeling upon completion is so much more satisfying.

This is the last Batman game Rocksteady will make. While saddened by this news, I think it is probably for the best. There is literally nowhere left for them to expand to. Arkham Knight was so all encompassing, and so refined, it would be impossible to top. In the words of Harvey Dent, 'you either die a hero or you live long enough to see yourself become the villain. Rest well, Rocksteady, you deserve it. 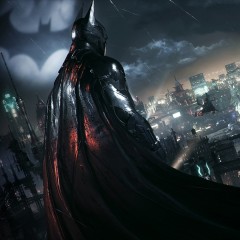