Tony Law was supposed to be the host for the Amused Moose Laugh Off final – seeing this show, I understand entirely both why he was supposed to and why he didn't end up doing so.

In an odd way, the best way I can describe the show is dysfunctional. That said, it worked so bizarrely and unexpectedly well. The show started late, the announcement happened before he entered and he bounced on stage without rectifying it wearing a Zorro outfit and a hat with rabbit ears and blue lights. He came on with a trumpet, a notepad, and an unclear mask – which becomes clear later in the show – in tow.

He gave us access to the psyche of preparing a comedy show. He confessed he had left it to the last minute to prepare a show because he assumed he would remember most of what he did last year and would be able to coast off that. The best bit was revealing where he'd ridden his scribbled down set list. He would periodically look up and change subjects.

As a side note, does anyone know what frillemorphesis is?

The whole show was based in his ineptitudes and inner demons. His foul mouth and crazily accurate accents complemented the fact that he seemed to keep making everything up on the spot. The longer it went with each gag and story being successful, the more dumbfounding and impressive it was, and the more we didn't want it to end. It felt, in the audience, like the surreal blend of irrelevant comedy was serving as something more poised, proper, and rehearsed in the second half of the show but it didn't stop. Eventually we didn't want it to switch back to the conventional.

In the Stand Three, a low ceiling, blacked out bar, with air conditioning that wasn't on for apparently the first time at the Fringe, the costume was an awful idea for him, but hilarious for us. Every time he complained about the heat it got funnier. Knowing that he'd just complained for about the umpteenth time he'd do something unexpected and eccentric to make sure it didn't get serious. Almost every time, that thing must've made him far hotter.

As I write this, thinking about what the funny addition towards the end of the set is, I laugh aloud again but am disappointed that sharing it with you would spoil the surprise. But at the same time I really want to tell you.

Frillemorphesis addresses Law's 'lull' in his career due to his demons and his attempt to get back on top - resulting in a show precisely like this. A life-worn Law spoke of the nature of unconventional comedy and betraying the conventional 'structure' of a stand-up routine and his show is testament to how a lack of conventions can work impeccably.

Subconsciously (as I'd like to think) slaloming in and out of different accents he delivered a stand-up show unlike I'd ever seen. With no sign of setups and crescendos and lulls and every sign that he had no clue what to do next put him in a desperate enough position to thrust a display of sheer brilliance our way. It has all the signs of a show that would irk comedy savants but it was peculiarly inspired.

Catch Tony Law: Frillemorphesis at The Stand Three at 13:00 for the rest of the Fringe except for 17 Aug - https://tickets.edfringe.com/whats-on/tony-law-frillemorphesis 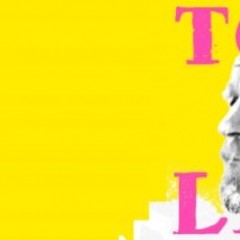 Tony Law was supposed to be the host for the Amused Moose Laugh Off final – seeing this show, I understand entirely both why he was supposed to and why he didn't end up doing so.