My wick was burning out somewhat by the near-end of Monday. I'd yet to see anything to really dazzle me or make me guffaw – and I was the only one of the Voice team yet to.

Then crept in Nick Cody at the Assembly Studio Two, a new venue for me.

I noticed early on that a lot of Australian talent can be seen at Edinburgh. For me, Nick Cody stands out. He swaggered on with the full confidence of a geezer's geezer and his aspect is constant throughout the rest of his act, and also the reason he has gotten into the trouble.

As I think how further to describe the show as a whole before launching into the details, I remember a lesson he taught the audience very early on: "take a runny sh*t and believe in yourself…" This shows us, not that the show is full of poo jokes although there are two cracking anecdotes which had me creasing, but that the show is performed with an unrelenting confidence in recklessness.

Much of his show is made up of anecdotes of things he's done out of that geezer-ish, recklessness that makes him a "sh*thead" who thinks through things in the least responsible way. This might sound like it was just a list of times he fell asleep in stupid places or had embarrassing one night stands, but it was much more unimaginably original than that. He took us through times he'd embarrassed himself performing for the Australian military in Afghanistan, performing for the Australian SAS in Melbourne, performing and living for three weeks on the Asian leg of his current tour, and some classic stories from home, too.

Interestingly, it wasn't filled with humour about his beard or beards in general. Just one gag at the end. Though his strong beard was not the most endearing part of the routine.

On top of that, it was more than just a compilation of his faux-parts, he told us about his relationship, but took a subversive and entirely astute approach to it in an anecdote which ended up attacking hipsters. This was worth mentioning because he got to that part of the story completely seamlessly. The powerhouse extracts so much humour from such small actions and facts and they progress so organically.

Hilarious – and really difficult – audience participation took everyone by surprise and some lighting and sound changes gave it the right amount of variety and played on some material earlier in the routine.

This was Cody's first time at the Fringe – which is surprising from the success which became clear from the experiences we heard about in his show. A show which picked me up for this year's Fringe. His show was met with deafening and universal applause for its belly aching audacity, belligerence, confidence and faultless delivery.

Catch Nick Cody: Beard Game Strong at the Assembly Rooms, George Square, Studio Two just behind the Gilded Balloon at 21:40 for the rest of the Fringe (and trust me, you want to see him) except for 17 August - https://tickets.edfringe.com/whats-on/nick-cody-beard-game-strong 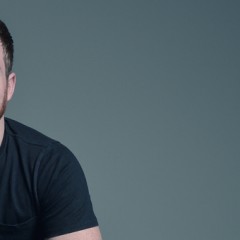 My wick was burning out somewhat by the near-end of Monday. I'd yet to see anything to really dazzle me or make me guffaw – and I was the only one of the Voice team yet to.