A message to school leavers; don’t rush, choose the gap.

An ambitious 17 year old watches the clock. They wrap their knuckles on the desk to drown out the drawl of Friday period five. Tomorrow is the deadline for UCAS applications, and they are worried. This youngster has submitted an application just like everyone else, chose a subject they enjoyed, and it made their parents happy. Smartly they have avoided the worry of being left without a plan at the end of the year.

But at the back of their mind is a nibbling thought, ‘what am I going to do with my life?’

Visions of trekking through Peruvian mountains swirl through their mind, whilst hungry looking orphans pull at their heartstrings. A mirage of elephants troop past the classroom window. A gap year calls.

But for most, this leap is never taken. Understandably watching friends leave, working a job you might not love and playing the waiting game is a bigger risk than a University degree you mostly enjoyed. But a gap year has much greater gifts to offer than just a flexi plane ticket.

When Tony Blair announced his flagship education policy to widen participation in higher education in 2002, it was met with significant challenge from his opponents. ‘University is not for everyone!’ some chanted. But few considered the impact this policy would have on the conveyor belt of undergraduates that would follow.

The number of people applying for University has risen, controversially weakening the value of a degree. And whilst University opens the doors of academic opportunity, it also presents itself a fraction too early for many teenagers. University is slowly becoming the default, not the choice that Blair suggested.

In 2018 few sixth forms and colleges in the UK would deny that their aim is to fulfil Blair’s targets, for the better of their students. But with a staggering 1.87million Brits choosing to take University courses in 2017, we are making the clock tick louder. By placing importance on University choices, we are not giving young people time to breathe.

By taking a year away from education, you remove a timetable and replace it with time. And the way we choose to use this time is a far more valuable life lesson than how to cure a hangover. You can explore that one without spending £9K.

Take a tried and tested case: me.

My own gap year helped me to navigate financial independence. For most months of the year I channelled all my money into savings preparing for my travels. Having no money to spend, I was forced to come up with my own fun.

Card nights with friends, long dog walks and afternoons of baking became ways to cement my freedom. Then when I inevitably hopped off with a backpack almost bigger than my body, I was able to see the world I had been saving for. From volunteering in Greece to losing all my money and passport in Laos, the stories I collected were unrivalled.

But a year out doesn’t have to just be about cuddling orangutans or riding motorbikes through Asia. It's about exploring your personal work ethic without a mark scheme.

Throughout my gap year I just calmed down. A highly strung person through GCSEs to A-levels, my work ethic had become frantic and desperate. Working every minute that I had, when I closed the exam paper on my last exam I realised that I hadn’t spent enough time with my family. A gap year would change that.

My year out surprisingly became a time to spend quality hours with those who I had ignored whilst cooped up in my room for three years. And with this, my priorities changed. My creative work was no longer about ticking boxes, but about taking the time to experiment without fear of a right and wrong.

University on the other hand, is an investment. An investment of time and crucially money. So if you know exactly what you want to do with your independence post-18, why rush? Take a gap year. You might never be given the time again. 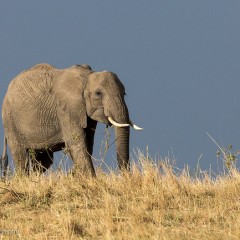 Forget the elephants, this is why you should take a gap year

A message to school leavers; don’t rush, choose the gap.