Just over one month after I joined Unit Twenty Three as an apprentice, and so far it's gone pretty well!

Since I wrote my first blog, I have been along to three different meetings for Unit Twenty Three's projects, with one in Stowmarket and one in Norwich, and an Arts Award Voice residential to Cambridge. The first meeting I went to was a public meeting for DissFest', which is new cultural arts festival run by Unit Twenty Three, and our goal was to organise it so that it was bigger and better than ever before. Ok, all I did was take notes, but my boss and colleague discussed very ambitious goals for DissFest', and it was interesting to see how big things like this were organised behind the scenes!

The second meeting I had concerned a production called 'Freefall', which is about a young woman and her experiences as a young carer in today's society. The aim of the production was to raise awareness of young carers in England and 'give them a voice', in order to defeat any stereotypes or presumptions surrounding young carers. The meeting discussed was about reaching out to schools and considering workshops as ways of teaching young people about young carers with Freefall through hands-on experience.

The third meeting I had concerned the Fine City Blues Festival run by Dave Thomas, who is a blues musician and co-director of Unit Twenty Three. The meeting was making the final touches and sorting out any minor problems we faced. Overall, I'm glad I got to go to these meetings; it's not often that apprentices get directly involved in this way, although as Projects Assistant I needed to know what was going on.

Then came the residential in Cambridge, where I met the rest of the team and got introduced to some lovely people. I also learnt about more the volunteering work I would be doing for Arts Award Voice, such as reporting on events and the social media aspects of the job. My favourite part, I must admit, was learning about all the different things people did or are going to do in the 'Show & Tell' section. It was wonderful knowing about the artistic capabilities of my peers that I would dream of doing!

Right now, I am planning a pre-launch evening in December for my Gold event, which is supposed to raise awareness of DissFest' and also celebrate the 2-year development of Unit Twenty Three as a company, as well as handling the social media aspect of Unit Twenty Three. Over this past month, I have had plenty of support from my peers, and I really feel like I'm finally settling in to my new working life. I've definitely made the right choice by putting off uni and gaining quality work experience in my preferred industry! 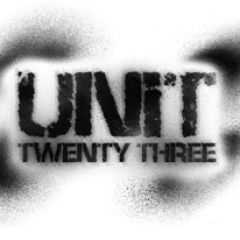 Being an Apprentice – 1 Month later…

Just over one month after I joined Unit Twenty Three as an apprentice, and so far it's gone pretty well!