Built to Be tackles the pressures of choosing who you are.

Built to Be is a short film focusing on Shray, a student in his last year of school, as he deals with the pressures of growing up and choosing how to spend his future. All of this is complicated by his growing addiction marijuana and his father’s struggles with chronic illness.

Akash Prasad plays our lead and he’s pretty good throughout the film. Through his performance he convincingly establishes his character as a troubled teenager, and conveys the conflicts he has within himself. Prasad’s facial expressions, in particular, mean that even in a shot where he’s just staring into space, you can read something about the character’s emotions and stay engaged. There’s also a great warmth with which he approaches his family, particularly his dad (played by Balbir Sudera), even when they’re arguing. Unfortunately, Sudera doesn’t quite match Prasad, with a lot of his acting feeling flat, which leaves their exchanges feeling a little uneven. The rest of the cast is pretty competent but not particularly memorable.

Unfortunately, ‘competent but not particularly memorable’ is a phrase that I feel could be applied to a lot of this film. The cinematography does its job, the action is always clearly communicated and you’re never lost – but it lacks a real distinctive style. The writing follows similar lines, it’s never bad but always feels safe. This is especially apparent when it comes to the film’s conceptualisation of drug use/abuse. There’s a very one-dimensional approach to marijuana use specifically that feels out of touch, and the film doesn’t appear to more to say beyond what you’d hear from a PSHE lesson. Even then it’s never outright bad, just kind of flat.

Where the film really bucked this trend though was in how it so successfully weaved the culture of Shray and his father (as two Indian Sikhs) into the film. We get a strong sense of how the cultural background of these characters affects the decisions they make and the dynamic between father and son, are affected by their cultural heritage to varying degrees. If anything, this thread should have been pulled on further, unravelling to go beyond the typical immigrant narrative, but it’s still interesting enough.

Built to Be is a competently made and perfectly watchable film that doesn’t really push beyond that.

Built to Be will be released on the 21st of May and you can find the trailer here.

We also interviewed Akash Prasad about the production process, and you can find that interview here. 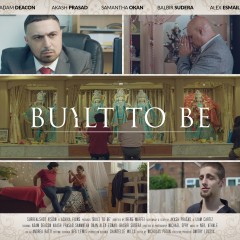 Built to Be tackles the pressures of choosing who you are. 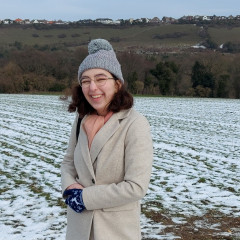