"I felt like there hadn't been a mainstream UK film that truly celebrated Indian culture since 'Bend it Like Beckham' – a film made 18 years ago now. If the film industry is truly becoming more diverse and inclusive, why hasn't there been a film like this since?"

I'm a 22-year-old actor and writer. Built to Be was a project I began writing in 2017. After a ton of rewrites and with the help of the people around me, I was finally in a position to make the film in the summer of 2018. The story centres around A-level student 'Shray Vishad', a British-Indian teen who has to juggle preparing for A-level exams and working for his ailing father who suffers from a deadly chronic illness called Fibromyalgia. These combined stresses lead Shray to rely on marijuana to cope with his situation, however his new-found dependence later threatens to compromise everything he has worked for in his education, his relationship with his traditional Indian father and with his best friend.

What was the creative process behind Built to Be?

The pre-production process of finalising the script, getting our locations and casting our actors took around six months. Before that the writing process took around 4-5 months. I had originally intended for the story to be very different at first but I knew something wasn't right for me about the direction it was heading in. All I knew was that I wanted to tell a story that was close to home, a story that didn't shy away from raising awareness and pushing through cultural barriers in UK cinema.

At the time, I had some reservations and fears on how far to push culture. It's safe to say after sitting down in the theatre and watching Black Panther for the first time, I had all the validation I could ask for and that fear went flying out of the window!

I co-wrote the film with the help of my school friend, Liam Cartz, and he helped me a lot with the scene placement of the story. At the time he was studying up north for his degree, so we would feedback remotely through Facebook video calls for months until he was able to make it down to London and feature as an extra in the film!

In March, I placed a listing on a Facebook group for filmmakers and creatives based in London seeking a director to collaborate with to help me bring this story to life. This was when I connected with our incredible director, Irene Maffei. Irene and I worked closely on fine-tuning the script and seeking our actors through various casting platforms. 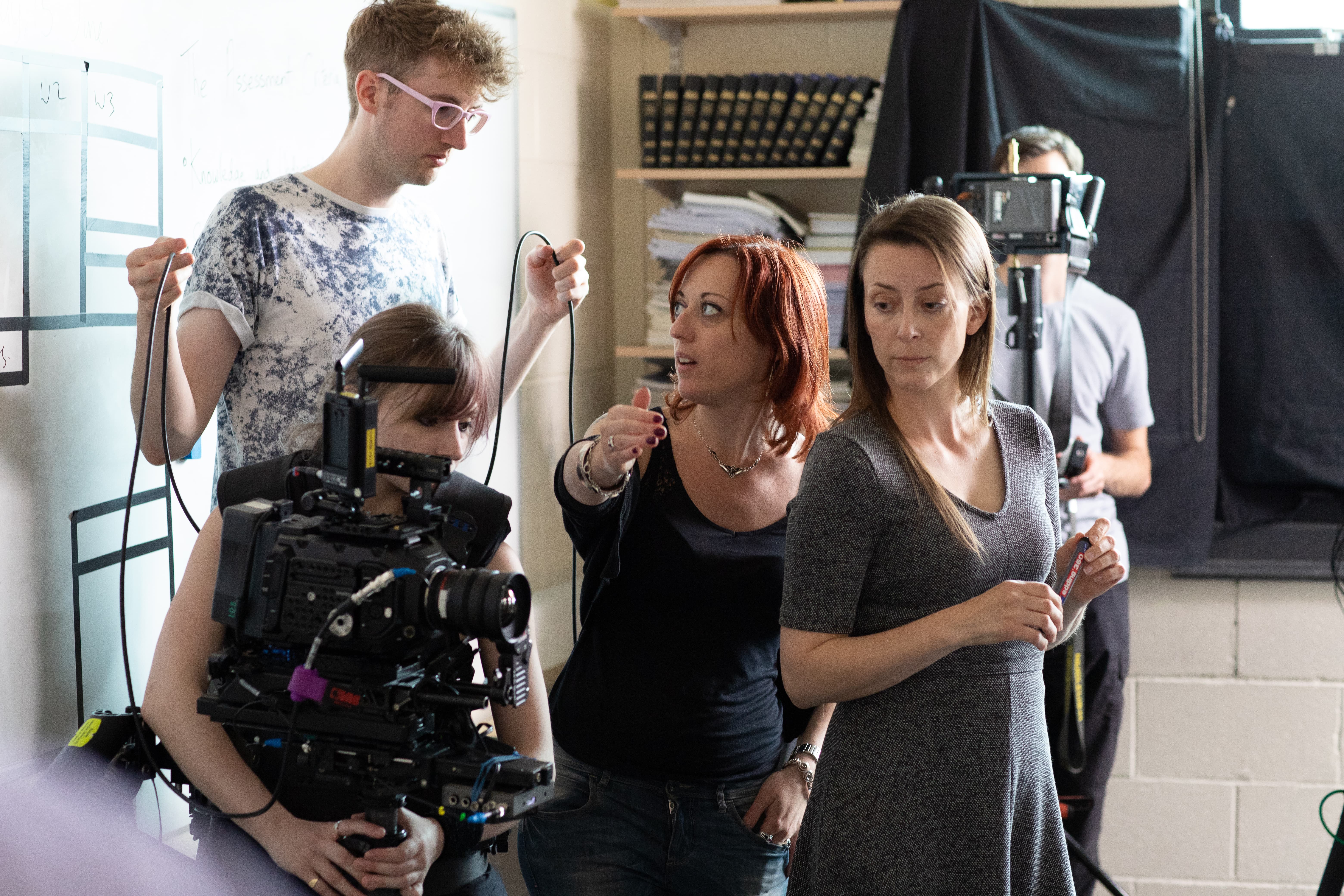 As the main producer behind the film, I was responsible for seeking crew, organising locations and logistics. Thankfully that process became much easier with the insight of our director Irene, who worked predominantly as a 1st assistant director on film and television productions. Combined with Irene's knowledge, with the aid of my own 1st Ad Andrea Ratti, who kindly accepted delegation of some producing duties, I was able to compensate for the areas I was severely lacking in as a first time producer who would also be acting in the film.

What were some of your creative inspirations for the film?

I'd grown up watching a lot of iconic British films. You name it, I've probably seen it more times than I can count. Predominantly, I guess the main film inspirations for 'Built to Be' were movies such as Bend it like Beckham and Kidulthood. These films not only played a prevalent role in my childhood but at the time when I was writing 'Built to Be', I felt like there hadn't been a mainstream UK film that truly celebrated Indian culture since 'Bend it Like Beckham' – a film made 18 years ago now. I thought to myself if the film industry is truly becoming more diverse and inclusive, why hasn't there been a film like this since?

We needed something more modern – I wanted an African-British female lead character, I wanted to have trap music in the soundtrack, and I really wanted to embody what suburban London life was like for these people. To me, they're more than just characters, I really do see them as people. I knew that being a short film with a limited budget, Built to Be would only garner so much mainstream attention, which is why I wanted to try my best to get at least one or two actors I felt would help people pay more attention to the film. This is what eventually led me to approaching the actor Adam Deacon. Not only is Adam a BAFTA-winning actor, but I'd grown up watching his films! I knew his looks had changed, and I wanted to give him something different to anything he'd played before in any of his other movies.

How did you decide on the music used in Built to Be?

From the very beginning of production, Irene and myself were very adamant on finding a balance between a traditional and classical score infused with Indian influences to authentically convey the world in which our story takes place. We looked at movies such as The Best Exotic Marigold Hotel and composers such as Nitin Sawhney as main references.

During Post-production I put out an online listing seeking a composer, and to my surprise we were graced with over 100 applications from all around the world. Shortlisting our choices as you can imagine became quite timely! However, despite the many great applications we received, Irene and I came to the unanimous decision to find a composer based in London for convenience’s sake. In the end, we had our shortlist of composers create a pitch of score music for the film trailer, and in the end, this brought us to the wonderful and talented Neil Athale. Neil not only understood the vision Irene and I shared for the film's score, but also came from a background of mixed English and Indian heritage.

How important was is it for you to include specific Indian cultural elements in the film?

Extremely. I was responsible for portraying my mother's culture so I knew I couldn't afford to screw up! I shared both a Christian and Hindu upbringing which greatly informed my creative sensibility and understanding of Indian culture, and the different Gods who we focus on specifically in the film.

Lord Ganesh and Lord Shiva share a son and father relationship much like our protagonist Shray and his father, Mr. Vishad. Lord Ganesh is revered as the God of abundance, remover of obstacles and the deva of intellect and wisdom. Lord Sheva on the other hand is heralded as the God of destruction who creates, protects and transforms the universe. In Hinduism, Ganesh is recognised before any other deity in prayer as he Is the God of new beginnings and the ending of cycles. Without being recognised first, one cannot reap the blessings of the other deities as well as Lord Ganesha . You'll find in the very first scene with Shray and his father that Mr. Vishad says his prayers to the statue of Lord Shiva before Lord Ganesh. As well as this the burning incense stick used in his prayer can be interpreted as a mirror of his physical and emotional wellbeing in that moment, slowly burning out.

As the film moves forward and Shray and his father's relationship grows stronger, we focus more on Lord Ganesh as well as the more calming and colourful surroundings to embody the atmosphere of a new beginning for our protagonist Shray.

Do you feel like we need more films centred on South Asian people?

Personally, yes, and I think they will come gradually with time. We've already seen it with shows such as Man like Mobeen, and independent feature films such as Blinded by the Light and Eaten by Lions – all of which focus heavily on Asian culture within the UK.

I personally feel we just need more support for independent filmmakers from various ethnic backgrounds, not just South Asian people, but filmmakers with unique and personal stories to tell. Currently, I feel the industry in which I find myself is more content in allowing producers and writers to speak on their behalf without first allowing them the opportunity to have their voices heard. As long as we have a diverse range of powerful stories that are true to the representation of the cultures they focus on, cinema will continue to thrive both culturally and economically.

What's next for you after this film?

On the writing side of things, I currently have three short films I would like to develop in the near future. My next short film will be in a very different world from Built to Be. It's a story about a rapper with a slight ego problem who works in retail – what could go wrong, right!? It's a lot more humorous yet just as hard-hitting than Built to Be, if not more so, I’d say.

Aside from that, on the acting front I am currently leading two independent shows this summer, both classical plays that will take place in Camden, London. When I'm not on stage or on set, I'm always looking for new opportunities to strengthen myself as a performer, be it through voice and accent training or through practising monologues.

We have also reviewed Built to Be, and you can read that review here. 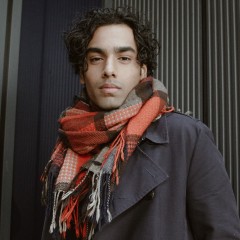 "I felt like there hadn't been a mainstream UK film that truly celebrated Indian culture since 'Bend it Like Beckham' – a film made 18 years ago now. If the film industry is truly becoming more diverse and inclusive, why hasn't there been a film like this since?"