A Silent Voice (2016) - A redemption story that speaks volumes.

A Silent Voice (Koe no katachi) is poignant - a great impression of the eponymous manga. Director Naoko Yamada shares a conceptual film that sidesteps melodrama. It is touchingly honest.

Shoya Ishida is a boy who longs to beat the monotony of life by tormenting deaf exchange student, Shouko Nishimiya, to the extent where she has to move away. It is then that he is left to the ill mercy of his classmates; his charge is the class scapegoat. It takes some years before he learns sign-language and sets out to make amends, where he ceases to perceive himself through a Venetian blind.

We follow the self-loathing of the bully and bullied, the isolated and deaf. This is a story about bullying, the insecurities that spark this covert cruelty, suicide and self-loathing, the innate pains and the miscommunications of youth, disability and the desire to redeem oneself. Yamada treats it not with reserved pity but with due integrity. She confronts the subject of Shouko’s disability beautifully because while she cannot hear, he refused to listen.

Things would have been so much better back then... If we had heard each other's voices.
- Shoya 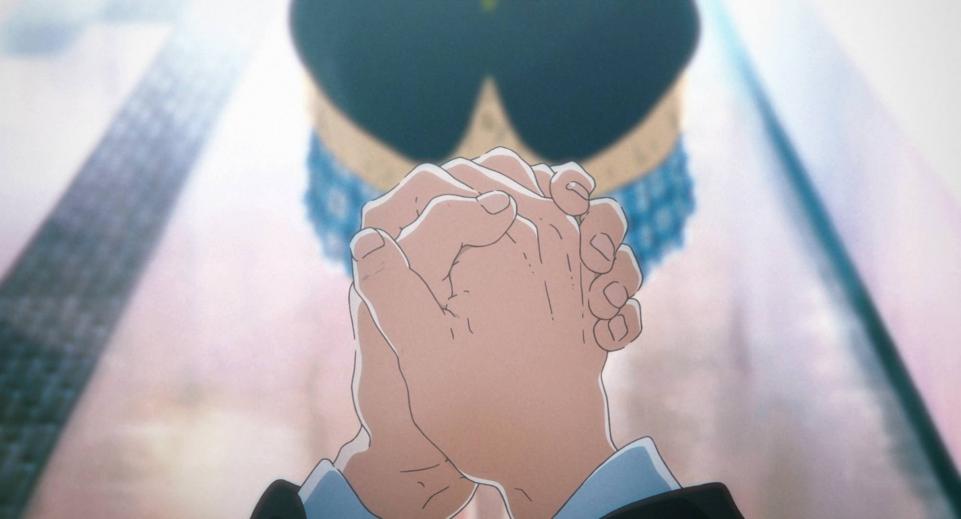 In this story, most teachers conveniently turn a blind eye to the bullying. Even the compassionate fail to observe Shouko’s abuse. Shame soon grips the onlookers that stifled laughs while she was bullied, as well as the classmates that were too cavalier. Shouko’s treatment is viciously unsettling and is delivered with prideful joy. Most memorable is the eight hearing aids savagely thieved and torn from her bloody ears. Her efforts to communicate are sincerely performed by Japanese actress Saori Hayami, but even better is the English dub casting of deaf actress Lexi Cowden whose bond with the character of Shouko is distinct because of her air of empathy.

Deaf culture receives little attention in the media. It is a novelty to see a film that seldom misuses the disability as a spectacle to arouse pity. Gladly, A Silent Voice was above pretension. The sentimental coming-of-age story originally took some time before being published due to its subject matter but deservedly earned its critical acclaim in time, receiving a Best Animation Film nomination from the Japanese Academy. Under the guidance of the production supervisor, the sign language was at the utmost accuracy, contributing to the film’s sense of verisimilitude. Yamada was enlightened after attending sign language school on several occasions and having interacted with the Japanese deaf community. It’s because of this that the film’s authenticity is so heartfelt. 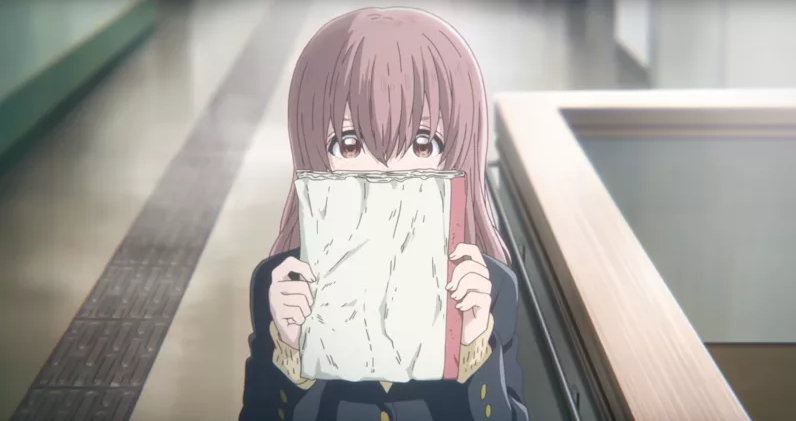 Although the narrative is slow-paced, it is not colourless. The film embraces the point of view of a bully plagued by a tendency to self-deprecate. This experimental perspective was most fitting to Yamada. In truth, most of us can only speculate about the experience of a hearing-impaired girl and thus we are also incapable of grasping her inner thoughts. Yamada’s approach is unflinching. She focuses on the general nature of human beings, preventing us from imposing our own bias on the character of Shouko. It is a touching observation. Arguably, while she is deaf, all characters endure an equal measure of tribulation. Shouko is effortlessly patient and for all her self-loathing, she is a girl of considerable love. Her default is to apologise but it is also to smile. 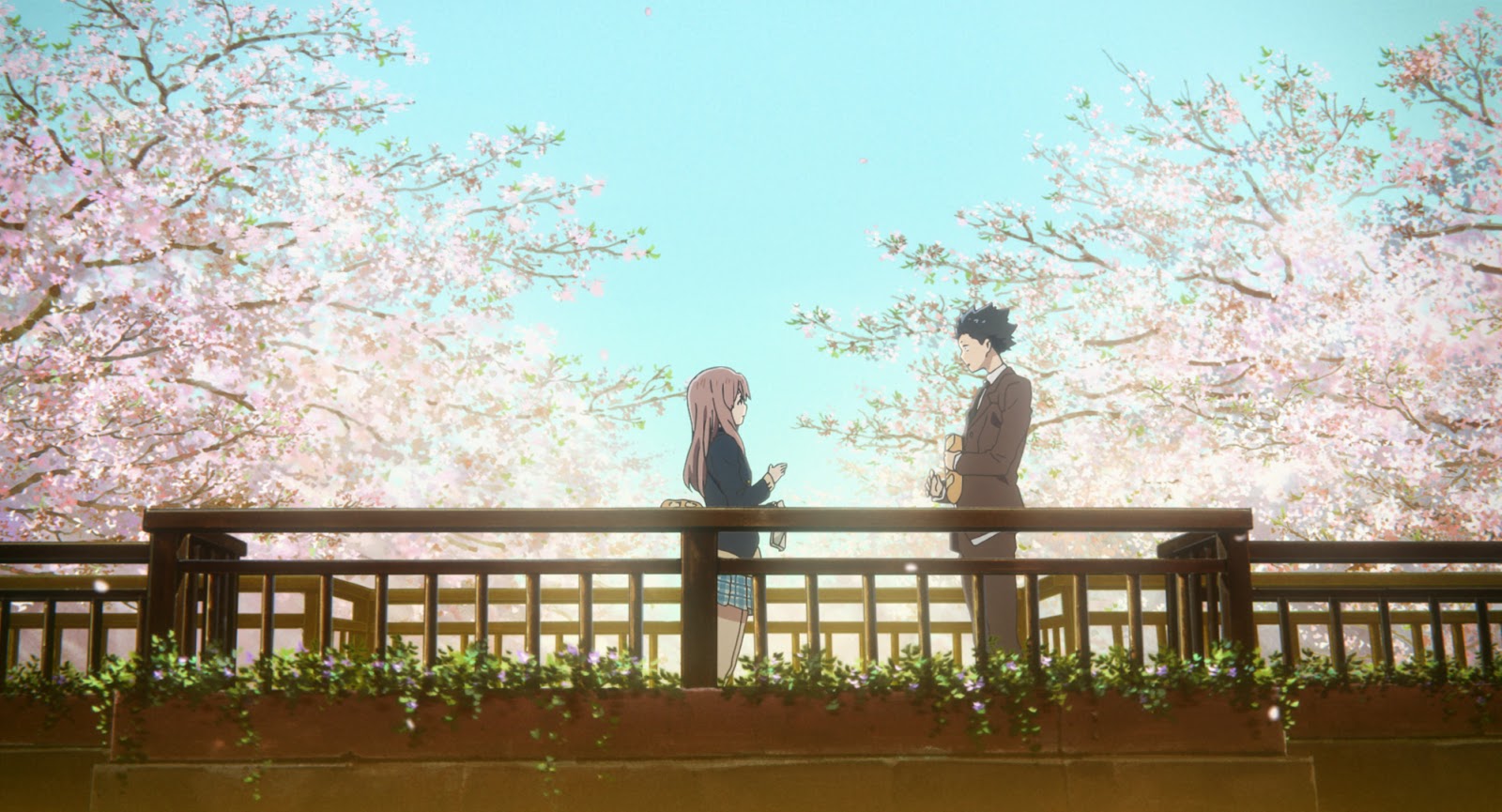 It’s a patient, pensive film, the music soft and slow-paced. The animated visuals of Ogaki city are stunningly produced by Kyoto Animation. Since the advent of CGI, many of us disregard the matchless skill of hand-to-paper animation. Here, Yamada paints picturesque scenes of blossoming spring and I have to admire it for its fluid authentic style. Cherry blossoms (sakura) frequent most mangas and anime. In A Silent Voice, it’s a signpost of ethereal beauty and the transience of time. Their beauty peaks are fleeting, their blossoms falling after around two weeks. We can observe from this motif a time of renewal. The delicate verdant fields are ablaze with life, the trees blushing with pastel pinks. The sight gives great aesthetic pleasure. They are gorgeous, reserved. Just like the fireworks that provide a striking backdrop for both suicide attempts in the film, the conflicting symbols of nature tell us life is ephemeral. It helps to frame the film’s narrative thematically. We can comprehend Shouko’s situation from this binary opposition, beauty and self-harm, in the same way that we can recognise Shoya’s literal isolation from the reclusive blue Xs that mask the faces of his classmates. While Shouko views her disability as a burden, Shoya finds himself unworthy of bonding with others thus he doesn’t want to or cannot see the faces of people who surround him. The film tells us it is a solitary world. Yet, when the blue Xs vanish from Shoya’s vision and Shouko’s self-hate reclines, the serenity that follows is enduring. 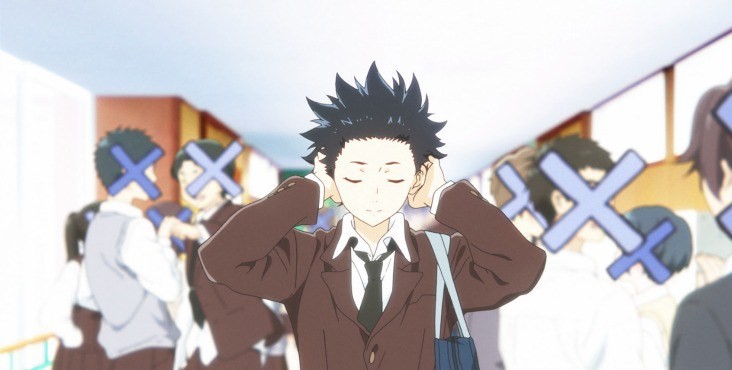 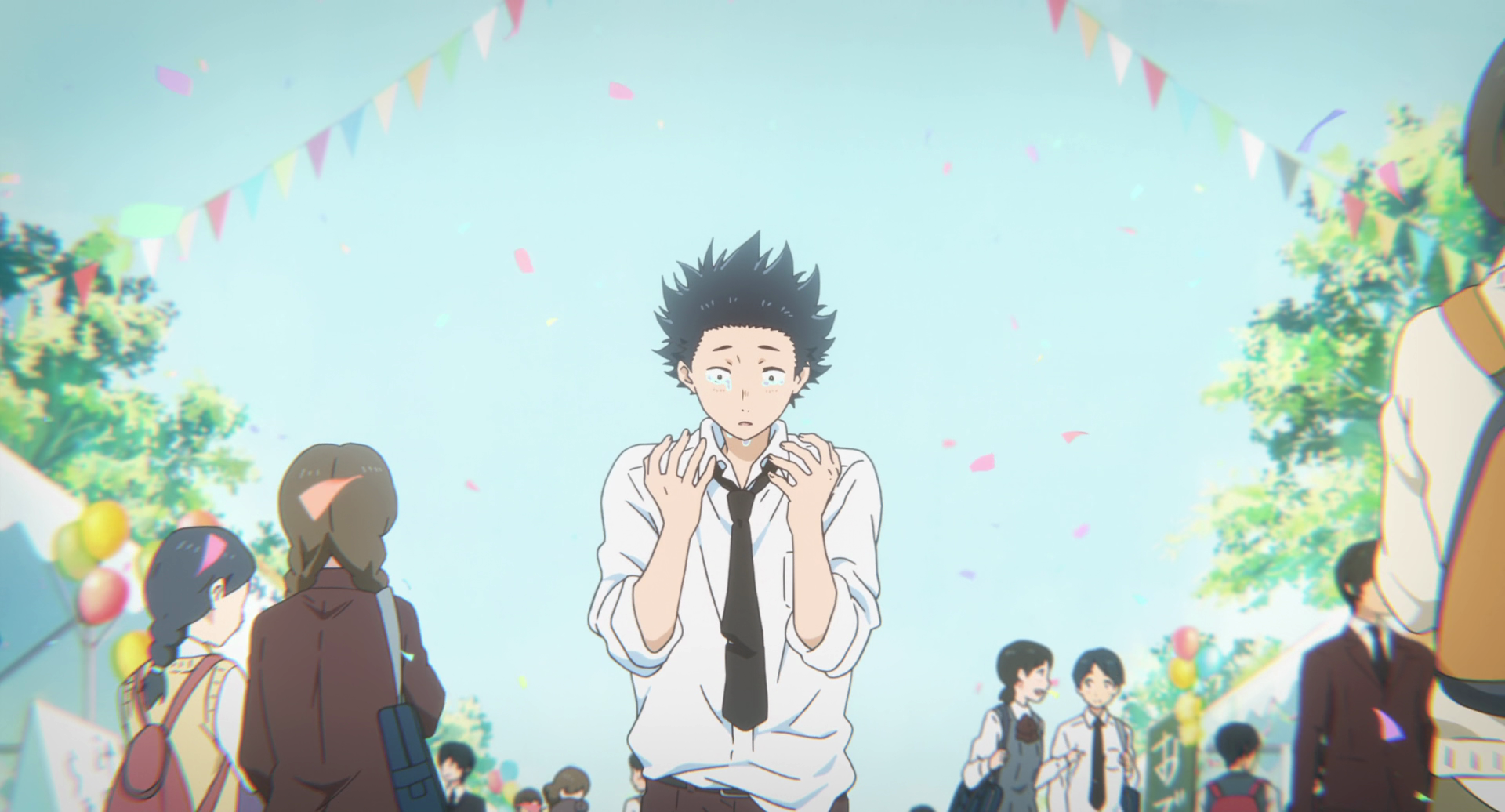 Childhood depression and suicide are hideous and it grips and destabilizes so many. A Silent Voice says it’s possible to alleviate the pains. It is a refreshing story where nobody is exempt from redemption. 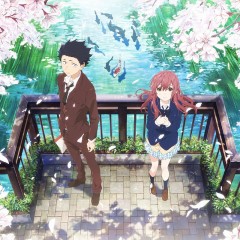 A Silent Voice (2016) - A redemption story that speaks volumes.