Ed is an instantly likeable character, he has a naughty school boy charm and a cheeky smile. From the start though Ed needs to be aware of his performance - some of his jokes get lost through lack of volume and confidence. As I looked around I noticed that the audience was mostly middle-aged, and Ed is a young comedian whose material is perhaps better suited for people his own age - not that the audience is within his control! I enjoyed some of his more crude jokes and feel that this would have got a bigger reception with a younger crowd.

His audience interaction was great, the unrehearsed material and conversation with audience members proved him to be a naturally funny guy. Ed is clearly very well educated - his reasoning for naming his show 'Anthem for a Doomed Youth' made me laugh and he should include more jokes that make use of his intelligence if he wants us to leave enlightened as he suggests.

Whilst this show fell a little short of brilliance I really believe that Ed has the potential to be very good. He is still very young and should continue to develop his on stage persona. He has the makings of a top comedian but to get a crowd really laughing but he needs to stand a little prouder and deliver his sharp witticisms and jokes with energy and confidence. There is certainly a little glimmer of a star here and I look forward to seeing what he does next. 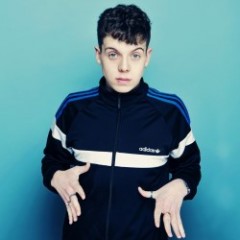 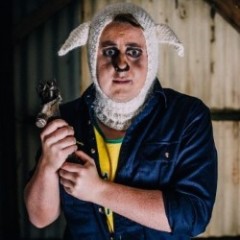 Alex Cofield on getting to the Edinburgh Fringe