There's nothing like the Edinburgh Festival Fringe to shake up the ever-bubbling bottle of creative fizz inside. Those pangs of inspiration and beauty will come to you at the most unexpected of times, be that walking through a dingy underpass in the early hours of the morning, or trying to keep your head down in the hammering rain – you cannot avoid it! A few days into the Fringe Festival, sleep deprived and therefore less hot on my social-graces, I took a flyer and proceeded to grab the scissors from the depths of my bag, cutting the most beautiful graphic from it, in full view of the person who'd given it to me. The artistic urge struggled to stay under control in a city with such awe-inspiring people, places, and talent.

The Edinburgh Art Festival, hosts shows from these inspiring performers, many of which I didn't have the time to see during my time up there, including Martin Creed's Words and Music, but would back year after year to see such important people within the arts. Running only now until the 27th August after being on for a month already, the chances of seeing it are slim, unless you're up in Scotland's capital as we speak. However, don't let this be a barrier to you going to experience some beautiful visual art as its partner exhibitions running throughout the city in galleries, studios and beyond through to next year.

The variety of exhibitions is huge, ranging from hyperrealist paintings of the 1920's and 30's at the Scottish National Gallery of Modern Art, to contemporary mixed media, film and collage work by Stephen Sutcliffe at the Talbot Rice Gallery – both only around 30 minutes walk from the other. It would be easy to spend days simply absorbing and digesting the sheer range of works shown and talent in this city, yet when pared with gorgeous architecture, significant and engaging history, quirky 'haunted' venues, street performers and the magic that comes with a unknown place, Edinburgh in August is the ultimate soil for artistic growth.

There is so much in this city, so much to admire. The Fringe brings fresh graphics and illustration with its posters and flyers; the sparkly, the traditional and the totally outrageous costumes, make up and people; talent through theatre, comedy, performance art, circus and so much more. But Edinburgh as a place maintains its calm. The belly of the beast is gorgeous and a dream for anyone with a penchant for line drawing, textile work, painting and more. Having a curatorial, creative eye is crucial as an artist and going to observe somewhere new only sharpens that skill, wherever that is. 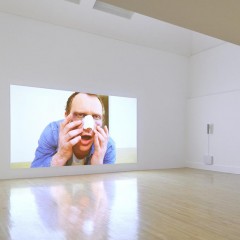