A mother and a son deal with all of the above, in a play which didn't quite hit the right notes.

If I had to choose two words to describe Sex, Strokes, Death, Denial, I would say 'awkward' and 'pathetic'. This would come across as a terribly harsh review if these two words did not in fact also apply to the situation that is at the centre of the play. A woman is forced into a hospital bed by illness, too lucid and cynical to accept she has lost her autonomy, even that of going to the loo whenever she wants to – the worst part, according to her. The mother is forced to accept that her 30-something son is, on the contrary, an autonomous being, not a child anymore. Someone who is particularly proud of his own autonomy, a builder and electrician who has only taken two sick days in twenty years and loves his bolts and screws to the point of writing a poem about them, on how life is ultimately a box full of them, so we can make whatever we like; not a box of chocolates, where you pick at random and hope for the best.

There is something very awkward about this mother-son relationship, intimate and distant at the same time, and something pathetic too, especially as the mother pities her own son for not being loved enough by his father. There are monologues and dialogues which drag a little at times, though this may be considered a good thing, as it made them more realistic, and certainly the son's tears were real. I noticed a woman in the first row, whose tears were real too, showing that this play did manage to strike some chords.

The poems, however, that the two characters read to each other could have been spared, and they were actually rather uncomfortable at points, in a way that didn't add to the work itself – just like the silent third presence on stage (A nurse? Someone to help with the props?) whose role wasn't exactly clear.

In one scene the son plays with some Lego and leaves it downstage; later on, that unfinished construction will symbolise a graveyard. This is, in my opinion, the nicest touch of the play.

This show has finished its run at Brighton Fringe. For more information, head here. 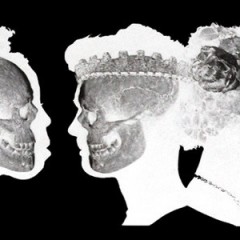 A mother and a son deal with all of the above, in a play which didn't quite hit the right notes.