Ever pay someone to tweak your nipples? Patrick Morris did, all in the name of comedy.

The premise of this standup show is simple, Patrick had an uninspiring childhood, and has had to make up for it inn the past year He never did anything dangerous, exciting, or even a little bit daunting. This show recounts his adventures over the last year or so, and acts as more of a cautionary tale to those that might consider following in his footsteps, than an inspiring piece about a journey of personal discovery.

The show is divided up into several "acts" and in each act he explores a part of being young that he hadn't previously, including dabbling in the dark arts, experimenting with truffles, and getting his nipples nearly pulled off, to name but a few of his misadventures. His method of delivery is no different to the standard style for men of his age (Mid-Twenties), where he is a slightly awkward, uncomfortable looking, whose delivery is in a similar fashion – uncomfortable. This is no accident, I feel, as he carries the piece along at a decent pace, which doesn't leave you feeling bored at any point – my measure for this being whether I feel compelled to look at my watch or not (I did not).

Unfortunately for Morris, and in spite of the troubles that he has endured over the past few months, to get material for his show – and believe me, he has gone through a lot to get some funny stories to tell the audience – this show is largely unremarkable as far as breaking the mould of standup goes. He is funny, and some of the stories may lead you to make some changes in your own life (lord knows why), but honestly he's just another standup, in a sea of other people standing up. To get their nipples tweaked.

Patrick Morris: Fairly Premature Bucket List is on in the Clover room of Underbelly Med Quad, until the 30th of August – excluding the 19th. Tickets cost £10.00 Monday-Thursday and £11.00 Friday-Sunday. Performances start at 17:25 and have a run time of an hour. For tickets and more information, click here. 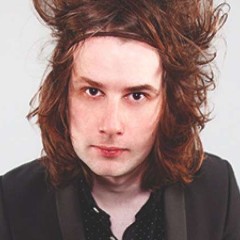 Ever pay someone to tweak your nipples? Patrick Morris did, all in the name of comedy.