I was considerably impressed by Ismo's natural talent for comedy, especially given English is not his first language. He made observations about the English language that native speakers would not automatically notice, and certainly wouldn't think of to use as material for a show. His act was interesting and different and he was great fun to listen to.

I did notice that he was clearly rather nervous, as he occasionally spoke too quickly or muttered to himself, and more often than not, when he went to take a drink of water, he would drink mid-sentence and try to keep talking at the same time, which was difficult to work out. Regardless of this he still put on a good show.

In comparison to other comedians, he did not come across as the most natural performer, and he didn't seem very confident on stage some of the time. His material, however, was in itself quite amusing, and it was quite often just the way he said something that made people laugh, even if what he was saying wasn't funny at all. I found at times that he had to keep working at a joke until people laughed, by which I mean, after the initial joke was told, he kept talking until he said something so ridiculous that people laughed anyway.

Overall I found his act to be very funny in places and I think he is a naturally funny person. I think his style of stand-up and the material he uses are quite unique and I enjoyed his show, particularly for that reason.

Ismo Leikola: Observing the Obvious is on at 4pm until 15th August and then again from 22nd - 30th.

Suitable for ages 16 and over. 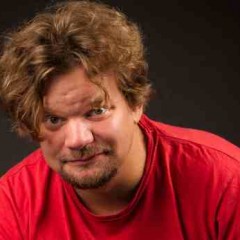