The Laughing Horse Free Festival at the White Horse brought us four up and coming comedians for their stand-up.

The event was hosted by Kate McCabe, a American werewolf in…Manchester, where she's lived for many years. She warmed up the crowd – or at least tried – with some observations she's made about British people in different parts of the nation. A bit drab and predictable but giggles were enough to get us pumped for the selection we were really here to see.

They started strong with Chris Washington who spoke with confidence about how things work in Wigan. Funny gags and good subversive humour and effective setup – a comic with full potential and a bright future.

Second up was Tom Lucy who brought a darker side to the proceedings with his jokes. His signature uncomfortable approach to his delivery was likely made worse by genuine discomfort from a walk out. A 50% success rate to his humour.

The penultimate routine crept up in Sean Nolan at whose jokes, one lady to my left laughed hysterically, beside whom, barely anyone laughed at anything. His attempt at quick-fire one liners was dire, to say the very least.

Gladly, it didn't finish there and Benji Waterstones – whose name deserves praise in itself – brought the show back up at the end. The basis of his humour was the most original. He riffed on being a Northerner in London and being in a relationship at the same time. He took the mature, underplayed approach to the innards of his relationship speaking about sex without crudeness or crassness and used hilarious alternative nicknames for his penis.

The first and last are the ones to look out for – confident and at the same time self-aware. The perfect comedy contradiction.

Go and see them at The White Horse pub on Canongate at 15:30 - https://tickets.edfringe.com/whats-on/gag-reflex-presents 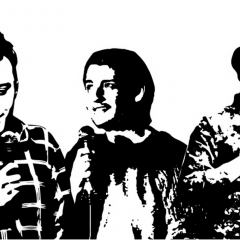 The Laughing Horse Free Festival at the White Horse brought us four up and coming comedians for their stand-up.