McGhie tried something new, but it was no victory

Jimmy McGhie opens his show with a discussion about cocaine. Alarm bells started ringing but I was willing to give it the benefit of the doubt.

Sadly, it did not come to fruition. The jokes relied heavily on class and drugs. McGhie is a good looking man of a privileged background, and has in the past done coke. This is the foundation upon which his show is built on, and unfortunately was as sturdy as sand. There were a few good jokes interspersed throughout the show, but for the most part I was trying to find anyway to entertain myself.

The biggest laugh came from the response Jimmy got from a drunk man who was partially slumped in the front row. It was noticeably larger than anything he had gotten until that point. Jimmy mentioned a 40 minute slump, which is, according to him is the point in the show where things start to lull. To me, it was more like the duration in which there was a lull in the show.

Jimmy McGhie strikes me as a funny man. His scripted content fell flat, but the ad-lib stuff was great. I feel he has the potential to deliver a killer set, and I reckon I would love it. Unfortunately, what he presented to us missed the mark entirely. I did however respect his confession that he was trying something different, due to his (correct) belief that stand-up is getting very cliched and formulaic. He wanted to try a more honest set. These made McGhie more relatable, more down to earth, and more likeable.

This is a low scoring show, but I don't think you should dismiss McGhie completely. I think he has the potential to be great, but this is not his time.

Jimmy McGhie is performing from 10th-30th (not 17th) at the Pleasance Courtyard. For tickets and more information click here. 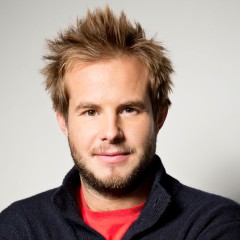 McGhie tried something new, but it was no victory