A crude comedy sketch show that fell short of expectation.

For me, this show was a disappointment. Despite a fairly promising start, I didn't find the sketches to be particularly funny, and instead found myself wondering how much more outrageous the show could become. It seemed to me that the further into the performance we got, the more 'out there' the sketches became.

I think Nick has the potential to be very funny, but unfortunately this material didn't do it for me. I found a couple of his sketches to be too vulgar (despite the PG rating), and I was even reluctant to keep watching one, as I found it to be on the verge of offensive. His sense of humour is particularly crude at times, which mine is not, so perhaps I wouldn't ever be able to fully appreciate his act.

Nonetheless, some of the other audience members found the show to be very funny and were laughing more often than I was. Perhaps this came down to maturity, as some of the jokes I found to be vulgar, others found hilarious. Either way, although I liked a few of the characters, I did not think the show as a whole was particularly funny, and I didn't laugh as often as I hoped I would.

Overall, despite his potential comedic talent, although I often found myself smiling, this show did not make me giggle often, let alone laugh out loud, which is something I would have liked from a stand-up comedy show.

Nick Hall: Dodekahedron is on at 5:30pm every day until 31st August, excluding 19th. 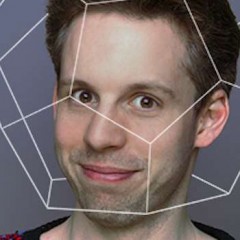 A crude comedy sketch show that fell short of expectation.