After the recent surge in remarkable grades from recent A-Level students, medical science universities are offering to compensate aspiring students if they study elsewhere, as course spaces fill up.

Hundreds of students have exceeded their grade expectations in this year’s A-Level exams, which has led to many medical courses becoming overwhelmed with applications for spaces. In turn, the students have now been offered a £10,000 incentive to study elsewhere in the UK or defer the year entirely if not enough students choose to relocate. The scheme is set to affect up to a third of the UK’s 33 medical schools.

The University and College Admissions Service (UCAS) has recorded that 28,690 students have applied to study medicine in 2021, a rise of 21% compared to last year’s applications. Universities have offered 21,577 positions, a reduction of 14.4% when compared to figures in 2019, which shows a 41.2% increase in rejected students. Admissions experts have warned that the increase in university students across the country will make finding places in medicine and the most popular courses harder than it has ever been.

Final information about the incentive is yet to be announced. The MSC mentioned that the grant would be split between £6,500 from the government and £3,500 from the oversubscribed universities involved, with the majority of money coming from the Department for Education. The offer is available to any students who are holding an offer from an oversubscribed medical school. Exeter University has opted out of the scheme, instead offering free accommodation alongside a £10,000 bursary; they are the only school to have opted out.

Last year, hundreds of students were also asked to delay their studies until this year, in lieu of A-Level grade inflation. Those students are also in the race to find a place in what seems to be an incredibly competitive area of study. With so many young people being given the opportunity of medical school, it will be interesting to see whether the incentive works well and whether we can expect similar oversubscriptions over the coming years.

Header Image Credit: "final exam" by dcJohn is licensed under CC BY 2.0 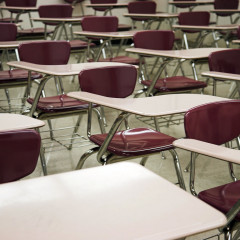 After the recent surge in remarkable grades from recent A-Level students, medical science universities are offering to compensate aspiring students if they study elsewhere, as course spaces fill up.