The UK government has decided against the idea of making coronavirus vaccines necessary for university students in England to attend lectures or stay in halls of residence.

UK ministers have decided to dispense with the idea of mandating that university students must be double vaccinated against coronavirus in order to attend lectures in England.

In an interview with BBC 4’s Today programme on 29 July 2021, Raab said that ‘We will certainly make sure university students have advance warning, of course we're going to be mindful of this’.

However, the idea of requiring students in England to show proof of vaccination to stay in halls of residence or attend lectures has since been shelved, according to the BBC.

The BBC’s political correspondent, Peter Saull, cited two potential reasons as to why the government has dialled back plans on necessitating proof of vaccination for students: ‘The first is logistics – how on earth could universities police this?’ Saull went on to add that he ‘think[s] ministers are keenly aware that unease is growing in the Conservative backbenches about this wider issue of vaccine passports’.

Several unions have been critical of the idea of making vaccines a requirement for students. The University and College Union had said that the measure would be ‘hugely discriminatory against those who are unable to be vaccinated’ in addition to international students, while the National Union of Students had called the idea ‘appalling’.

The Labour Party and other leading universities have suggested that vaccination centres be set up on campuses to allow students to receive their jabs before winter. Furthermore, the Russell Group has offered its own spaces and facilities to be used as pop-up vaccination centres.

From September, the government plans to introduce a requirement of two vaccinations for individuals to attend nightclubs and other crowded venues.

More than 72% of UK adults have had both doses of the coronavirus vaccine, with 88.5% having received their first dose. 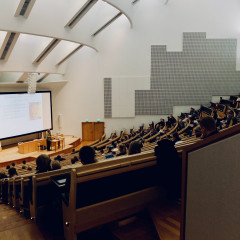 The UK government has decided against the idea of making coronavirus vaccines necessary for university students in England to attend lectures or stay in halls of residence.