The video-sharing platform will pay for numerous advertisements in the UK to prompt young people to book in and receive coronavirus vaccinations.

YouTube has announced that it will launch a multi-million pound advertising campaign to encourage young people in the UK to receive coronavirus vaccinations.

The campaign is the result of a new partnership between YouTube and the NHS to reach young people who haven’t yet been vaccinated. As part of the campaign, YouTube will pay for adverts on buses, billboards and bus stops to endorse the vaccinations. The campaign will use the slogan ‘Let’s Not Go Back’, and will use imagery of group events and activities that will be made possible again after the pandemic, with concerts being an example of this.

The video-sharing platform has previously been criticised for being slow in stopping the spread of disinformation about the coronavirus, though YouTube has said it has removed 900,000 videos on the topic of Covid-19 that broke site-wide rules.

Ben McOwen Wilson, the managing director for YouTube in the UK, noted that he wanted to avoid ‘vaccine ambivalence’ among young people and that the platform has a ‘huge reach’ for those under the age of 35. He also mentioned that YouTube could communicate with young people in a non-patronising manner.

McOwen Wilson said that YouTube regularly reviewed its policies and worked with information partners such as the NHS and World Health Organisation. According to the managing director, banners linking to reputable informative sources had been clicked 500 billion times on the site.

Dr. Nikki Kanani, medical director for primary care at NHS England added: It is great to have support from platforms such as YouTube, to reassure people that the vaccine is safe, simple and effective’. 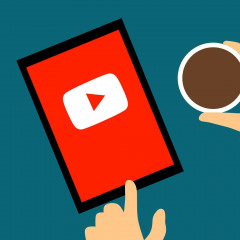 The video-sharing platform will pay for numerous advertisements in the UK to prompt young people to book in and receive coronavirus vaccinations.