Last week, the first international trailer of the new film from Tom Hooper, the Oscar-machine director of The King's Speech and Les Misérables was released. His latest treat, The Danish Girl, is about one of the first people to undergo gender reassignment surgery.

The Danish Girl takes us through the journey from enlightenment to physical change for pioneer Einar Wegener/Lili Elbe. The film shocked the film community somewhat after the actress who plays the wife of the Danish girl themselves, Alicia Vikander, won the Oscar for Best Supporting Actress beating out favourite Kate Winslet for Steve Jobs and Jennifer Lason Leigh for The Hateful Eight.

But that was a negligible shock in the list of surprises this film attracted. After Eddie Redmayne was cast in the lead role, a bit of conversation came up around the casting of a cisgender actor in the role of a transgendered character. A person of cisgender is defined by Kristen Schilt and Laurel Westbrook as "[an individual] who [has] a match between the gender they were assigned at birth, their bodies, and their personal identity". Now, with the release of the trailer and the film being abuzz with awards chatter, the debate arises again.

It's not the first time this has all happened. Back in 2013, cisgender actor, Jared Leto of 30 Seconds to Mars fame, was cast as a pre-operation transgender woman in Dallas Buyers Club alongside Matthew McConaughey. In stark contrast to the phenomenal reception Leto garnered as well as his Oscar win for Best Supporting Actor, there was the same discussion that is now surrounding Redmayne's performance and casting.

Trans actors for trans roles is one way of thinking about it. However, Lili's transition is one that starts with being a person who feels they are a cisgender man. Or to shorten it, pre-op and biologically male. This seems to make entire sense and practically shuts down the debate. But Matthew Hammett Knot disagrees. He discusses – talking about Dallas Buyers – that too much is made from the state of a transgender person's genitalia. Basically, if a person with male genitalia who identifies as a man can be cast in a film, which documents the state of a person going from having male body parts to female body parts, why can't a transgendered person? Is how the character starts out in the story more important to how they end up?

Redmayne has given his reasons for why casting a trans actor in this role might have been difficult but they don't really stand up. He and Hooper apparently discussed that for a trans woman to portray a man, she would need to come off her hormones, even though make-up, not hormones, transformed him into a woman and it apparently couldn't be used to transform a trans woman into a male. However, his compassion and support in his treatment of the role and the transgender community have qualified Hooper's casting. Hooper, who already directed Redmayne to Hollywood's attention in Les Mis, had this to say to Screen Daily about his decision to cast Redmayne:

"I was a great believer in him as an actor. I think also there's a certain gender fluidity that I sensed in him, that I found intriguing and it led me to think he might be a really interesting person to cast in this role."

He's also since spoken out about the need for access for trans actors to both trans and cis roles. He even cast about 40 or 50 trans extras in the films. So while a cis male was cast in a trans role, as many critics of the debate have said, the situation needs to be addressed on a case-by-case basis. Redmayne was cast because there was something inherently effete about him that lured Hooper to him and it was this that was required as, after all, this is a performance. It's worth mentioning that soon after the Oscar nominations were announced and Redmayne was once again nominated for Best Leading Actor, there was a lot of chatter around whether he would win it two years running following for The Theory of Everything; being the first actor to ever do so.

On that note, much noise has been made about the importance of actors 'passing'. Passing is a term used in gender discourse to describe how well one 'passes' as one of two genders that they are trying to take on. This idea is criticised because it paints the community of trans people as people who want to perform and be seen to convince others of a farce, rather than truly being that person.

In the context of drama, 'passing' could be considered legitimate if the actor isn't at the same place on the gender identity spectrum as the character. The transition we see on screen is a breathtaking one.

Criticism is also given to the money-grabbing nature of filmmaking. People accuse directors, like Hooper and Vallée who directed Dallas Buyers of casting cis actors because they're marketable and there are no marketable trans actors in cinema today. These accusations are generally thrown around in comment sections of articles. Knott's above sentiment was part of an article positing ten trans actors who could've played the character that Leto played. Thinking about this alternatively, Leto and Redmayne's performances have and will garner a huge deal of positive traction because of the quality of their performances. Here the choice arises over the principle for casting trans actors in roles to which they can relate closely, or casting based on the quality of the performance, which is, clearly, irrespective of gender roles.

I would be remiss to write an article coupling gender discourse with screen media and not mention Laverne Cox and Caitlyn Jenner. Cox is one of the many breakout stars of the never-endingly acclaimed Orange Is the New Black, which was just named Netflix's best current non-children series. Jenner became famous as a male as a Gold medal Olympian and the patriarch of the Kardashian-Jenner family of Keeping Up With The Kardashians fame. Cox and her character are post-op women and because of the huge success of the series and popularity of her character, Sophia Burset, trans issues have reached the forefront of discussion. Jenner, regardless of how she created it, has used her fame to speak candidly and publicly about trans issues and her public decision has seen her hailed as a hero. Cox received an award for the portrayal of her character by Glamour magazine and has spoken fervently about trans issues in and out of the media. Of course, Jenner was honoured famously at the ESPYs. They certainly contributed to the forward moving awareness of trans representation in the media and, no doubt, played an inactive part of getting this film off the ground and as famed as it's bound to be.

Cox has spoken before about the plight of the mentality that roles don't exist for trans actors. She makes the dignified point that:

"As an actor I never I would never suggest that another actor shouldn't play a role...I want to play a wide variety of different characters and I think that cisgender actors, I'm assuming, want to do that as well — that's the nature of being an actor."

In this case, I support the casting of Eddie Redmayne as Lili. I think it's worth more for a compassionate advocate of trans rights with the marketing power to propel this story to the heights it requires than to cast a trans actress because it's a trans role. Drama is drama – it has no room for gender biases and boundaries. What are your thoughts on the discussion? 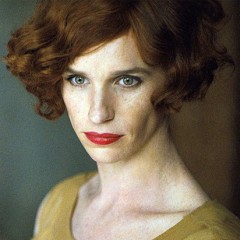 The Danish Girl: do trans roles belong to trans actors?

Last week, the first international trailer of the new film from Tom Hooper, the Oscar-machine director of The King's Speech and Les Misérables was released. His latest treat, The Danish Girl, is about one of the first people to undergo gender reassignment surgery. 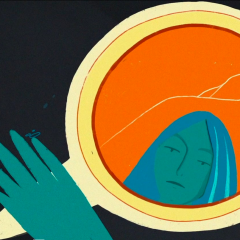