Orchestras across the country have been trying out schemes to encourage a younger audience into the concert hall and have experienced varied success. Whilst working at the Bournemouth Symphony Orchestra I learnt a lot about audience development and been researching the ways in which it can be improved.

During my year at Bournemouth Symphony Orchestra, the issue of audience development has been an important one, as a 21-year-old who enjoys classical music it has been made clear that I am very much in the minority and that there are a number of reasons why. Traditionally, the classical music audience is older, and whilst there are a few younger people in it, they are not a regular or a large proportion of the people in the concert hall. Back in March, James Williams- the managing director of the Royal Philharmonic Orchestra, stated that orchestras need to stop referring to the concerts they play as 'classical' music and start calling it 'orchestral music'. He believes that this will help to remove the stigma that is attached to classical concerts and orchestras and help them draw in a younger audience.

'Classical music' often refers to major symphonies and the composers that spring to mind are the major composers of the classical era, such as Mozart. It can't be ignored that the structure and length of these sorts of works highlights one major issue with the classical repertoire- it is just deemed 'too boring' to want to attend. The younger audience finds it difficult to relate to this sort of music- particularly when the music that we listen to regularly is only 3 or 4 minutes long. As a part of their research into the younger audience base, BSO spoke to a local PR company with a young person offshoot and they highlighted that the length of the classical works, among a number of other problems, including cost and the ‘stuffiness’ and inaccessibility of the concert hall, were reasons why young people won't attend a classical concert.

In more recent times, the popularity of live music screenings of films has rocketed, with orchestras performing Jurassic Park, Jaws and Star Wars alongside the film itself. Despite being longer works, these sorts of concerts have encouraged a much wider audience because they have music which is approachable and have become ingrained in the modern arts world. Perhaps, this is why James Williams suggests it should be called 'orchestral music' because it simply refers to the music written for orchestra- and not the intimidating prospect of listening to Beethoven, Bach or Brahms. This format of concert allows people to listen to more modern composers such as John Williams and Alan Silvestri without feeling intimidated by the sheer weight of the work.

As previously mentioned, another issue that arises with classical concerts is that of cost, many young people do not have the funds to simply go to a concert on a whim, let alone on a weekly basis. They would also not do this for a genre of music they are not 100% sure that they like. Orchestras have been trying to combat this in a number of ways, the London orchestras use Student Pulse, as does the City of Birmingham Symphony Orchestra. This is an app that informs you of concerts in the area that you can attend for cheaper prices, starting at £5. However, these aren't always for the concerts that young people would want to attend, such as film music concerts or 'popular music' such as Symphonic Disco, Queen, and David Bowie- all of which major orchestras have performed in the past. Instead, they can be for major works, such as Mahler's symphonies. For the young people who play an orchestral instrument themselves or even study music then this may be an option for them but we cannot claim that this would attract the wider young audience.

In the insight, the BSO also found that young people are more likely to attend a classical concert if there is an incentive for them to do so. The London Philharmonic Orchestra have their own scheme, NOISE, which is sponsored by Heineken and therefore a post-concert bar is available at some of the concerts. For obvious reasons, this encourages more students to attend but this is not always an option from every orchestra or classical music venue. Other places will offer a loyalty scheme for young professionals, and some, such as the RSC Key, offer other incentives like the opportunity to meet actors and directors and therefore create a networking opportunity for young people as well as a chance to go to the theatre. I believe this is something that could be offered by orchestras as an incentive, for young musicians this would be a fantastic opportunity and likewise anyone who wants to go into arts administration.

As far as I can see, several orchestras have tried their best to encourage young people into the concert hall by providing cheap tickets. However, they have not necessarily done enough to combat the stigma that has become attached to 'classical music', I think that this can be achieved in a number of ways- by starting with the popular film/ game music and then teaching people (of all ages) about more orchestral repertoire. Just like other forms of music, and even theatre and dance, orchestral music can be enjoyed so much more when you know how it is put together and the feeling of knowing the people behind putting on the performance. This has been created by the software enCue, which is an app that guides the audience round the concert hall and the music through their phones. However, this, or similar software, has not been taken up by many organisations and therefore hasn’t yet got the ability to develop the orchestral audience.

I for one will be joining James Williams in changing the name of ‘classical music’ and I hope more people of my generation will grow to believe that the concert hall can be an approachable, interesting and enjoyable place to be.

I would greatly appreciate everybody's thoughts on this, orchestral concert goer or not. What would entice you to go try out a trip to your local concert hall? What currently stops you from doing so? 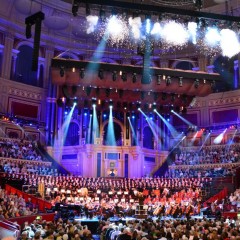 Is Classical Music just too 'boring' for the younger generation?

Orchestras across the country have been trying out schemes to encourage a younger audience into the concert hall and have experienced varied success. Whilst working at the Bournemouth Symphony Orchestra I learnt a lot about audience development and been researching the ways in which it can be improved.