Voice MagArts AwardBlogsQuestion: Why do mor…

For the last two months, I have researched a topic which is close to me, myself being involved in brass banding.

Below are my findings as well as people's opinions on this matter.

Why I chose this question

I have decided to choose this question as I generally believe that the arts are under viewed compared to sport. I chose to specifically focus on Brass Bands versus Rugby as they are two things which are a part of the heritage in Cornwall. Additionally, it links with the art form I have chosen in unit 1A, being music. This furthermore matches with my instrument of choice for my work, being a brass instrument, which is a topic I am interested in.

What I found out

For rugby, I found out that there are 20+ pitches all over Cornwall built especially for Rugby In addition to this, there are construction plans for a new sports Stadium outside Truro which will cost 15-24 Million pounds when Cornwall council is doing nothing towards funding the construction of local bandstands in towns, which would cost a lot less.

This can be compared to towns like Liskeard who have a reasonably sized brass band but does not have a band stand in which they could play in. In fact, there are only 8 bandstands in Cornwall which aren’t as spread out than Rugby pitches and situated at and past Truro to the south west. Instead quite a few brass bands in Cornwall frequently must move around and play at different venues. This is an issue as some people may be discouraged to attend a Brass Band concert if they must travel by car as it isn’t at a local community bandstand in easy walking distance from their home. Local bandstands also encourage local communities to come together and socialize. On the other hand, it would be easier for someone who wanted to attend a rugby game to attend it as the rugby pitches are very local in comparison to main towns such as Bodmin, Launceston, Bude, Newquay, Truro, Helston and St Ives which are all located all over Cornwall.

Funding wise, Brass bands and Rugby also differ. Despite being a main part of Cornwall’s heritage, Brass bands rely fully on public donations and funding from concerts and gigs. Without this funding, brass bands in Cornwall would fail to function as funding is needed to buy uniforms, new instruments, repairing instruments, music books, renting a place to practice each week and transportation. This has been proven by the 2020 lockdown where Brass Bands in Cornwall such as Liskeard Brass Band lost a few thousand pounds each from not being able to perform at concerts which couldn’t take place due to the global pandemic.

On the other hand, Rugby and other sport are mainly funded by Cornwall council, and the English government additionally issued a £195 million support package, consisting of a £20 million emergency fund for clubs and communities in which Cornish rugby clubs could take out money to keep them going during the pandemic, which Brass bands did not have access to whatsoever.

From the information that I have gathered, I feel that despite being a crucial aspect of Cornwall’s heritage, Brass Bands aren’t given as many opportunities than the sport Rugby is, and that has a substantial impact on the amount of times they are viewed due to restricted accessibility for the community.

Peoples' opinions on this question
I acquired public opinions among my year group on the issue I am researching and received the following opinions:

“In nearly all schools in Cornwall, boys, and sometimes girls are required to play rugby in Physical Education at some point. This widens the awareness of the sport of Rugby for students at a young age. However, there is no opportunity to partake in a school brass band or be openly aware of that part of Cornwall’s Heritage.” -Student at my school

“You don’t see brass bands as much as Rugby. Most people are more interested in other genres of music such as rock and roll. Rugby is more exclusive and unique than brass bands are as orchestras with wood wind and string instruments are in many ways like brass instruments and brass bands.” -Student at my school

“Compared to brass bands, rugby has a more physical and competitive aspect to thinks. Not as many people are interested in brass bands. Parades with brass bands marching in are cool but you can pretty much listen to brass music anywhere. However, watching rugby in person, live has a more exciting aspect to it and provides a greater sense of community among the people watching it” -Student at my school

All the people that where asked why they thought brass bands were more under-viewed than rugby was a bit hesitant beforehand when they were asked if they knew what a brass band was. This furthermore shows that there is not as much awareness for brass bands, despite it being a key part of Cornwall’s heritage.

I then acquired opinions from the public about the question I have chosen to research among the older age range and received these opinions:

“Brass bands are perhaps seen as more old-fashioned compared to rugby. They also don’t have the same level of funding and opportunities. Compared to rugby, brass music is quite a niche interest. However, lots of people do enjoy brass band music when they come across it.” -My Mum

“They’re less fashionable than sport. People aren’t very used to that kind of music. Sport such as rugby is also easier for people to do actively.” -My Dad

“If they put as much funding into community music as they do with sports such as rugby then there would be so many more people connected to their community and enjoying positive activities that would enable them to get out more and enjoy society. It wouldn’t cost that much to invest in bandstands in public areas as they have in France and other countries in Europe?” -My form tutor

When asking a Music teacher at my school what their opinion on the topic was, they said this:

I then went on to ask a PE teacher what their opinion on this matter was. They had the following to say:

“External influences are pivotal in forming our own development and actions. External influences can vary from your family/peers to your typical working environment. If your family/peers are already largely invested in sport, you are likely to also take on that view - this is known as the social-learning theory. Likewise, if Rugby is more prominent than brass instrument concerts in your local area, you are more likely to be exposed to the sport itself.

Moreover, Rugby promotes itself in a particular light by highlighting the key values; respect, discipline and teamwork. This particular set of terminology has the potential to fulfil a lifelong impact on anyone who takes up the sport. Similarly, these lifelong skills will guide individuals through their education and chosen career paths. Furthermore, these values drive high standards and separate Rugby from most other sports such as Football, which are primarily based on how successful they are as a business. In short, the professional game is very separate from grass-roots Football, due to the extensive reach of each major club and key figures that represent the FA chasing success in the form of wealth, not so much social and mental benefit.” - P.E teacher at my school

The contemporisation of brass bands

One of the most famous music artists who uses a brass band in his music is Jona Lewie. His hit single ‘Stop the cavalry’ which he wrote in 1978 and became the number 1 in England in 1980. The song dominantly includes a brass band playing the tune while he sung. This tune has become iconic and is still played by brass bands today, promoting the style of brass bands, showing the warm sound of the instruments which compliment the time of year at Christmas. It also displays the fact that brass bands don’t only play marches and music from a few hundred years ago, but they also have the ability to play and perform a modern day style of music as well, stretching the audience to all ages instead of just being aimed at the older generation.

Both are two different music styles, aimed at two different generations. The ‘Chav Brass Band’ is aimed at millennials by playing recent music and expressing one of the current social stereotypes. The Brass Band playing for the ballet is aimed the older generation who are interested in more mature music, showing that brass bands can easily play music from both music categories. 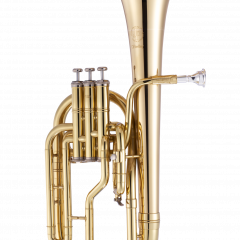 Question: Why do more people in Cornwall watch rugby than brass bands?

For the last two months, I have researched a topic which is close to me, myself being involved in brass banding.

Below are my findings as well as people's opinions on this matter.