From Gwyneth Paltrow references and dancing green smoothies to a performance by Grammy-winning Macy Gray – sounds like American Song Contest Week 2 has dropped.

Just like Week 1, this week’s heat is a bit of a mixed bag. You have your cowboy country songs, your bonkers Eurovision inspired songs, and then of course your slow ballads (which America seems to lap up).

In this week’s heat, only four contestants will go through – one selected by a professional jury during the live programme. For this week, that would be Jordan Smith from Kentucky with his ballad ‘Sparrow’. The jury just really loves ballads it seems, following on from Rhode Island’s jury selection with ‘Held On Too Long’ also making the jury cut. For the remaining 3 spots in the next round, the American public will decide their favourites later on in the week.

Before we proceed, let’s have a bit of a recap on what went down in Week 1. Last week saw four acts go through. Hueston from Rhode Island was the Jury Selection for his song ‘Held On Too Long’. As for the other three qualifiers, the jury votes were mixed with public votes (from the NBC mobile app, NBC website and TikTok), and the winners were AleXa from Oklahoma for her song ‘Wonderland’, Puerto Rico’s Christian Pagán and his song ‘Loko’, and Connecticut’s Michael Bolton with his ballad ‘Beautiful World’. A few bland choices were made by the public, but we move on.

Here’s a comprehensive review of this week’s eleven competing acts:

If you’ve heard of Citi Veni’s ‘Eat Your Salad’ which is in this year’s Eurovision lineup, it’s a bonkers song that is very similar to courtship.’s ‘Million Dollar Smoothies’. Let me tell you, I did not have a song about green smoothies on my 2022 Song Contest bingo card.

Hard to distinguish as genius or a massive misstep, it’s difficult not to find lyrics like ‘Another foofy latte / Drink it on my yacht-e’ and ‘You know I’m gonna make my skin glow / Thanks to Gwyneth Paltrow’ entertaining. Firstly, what does foofy even mean? The song has a summer feel with it catchy ‘Na na na na’ hook – the type where you’d have all the windows down in your car.

What truly makes this song is the awkward dancers just handling green smoothies, even interacting with hosts Kelly Clarkson and Snoop Dogg. All of a sudden, like a bad trip, there is an army of sleep paralysis demon dancers dressed as green smoothies with a dollar sign on them. It’s the stuff of nightmares, and very reminiscent of anything you might remember from the Nickelodeon Kids’ Choice Awards during the noughties.

I gather it’s supposed to make you feel good, hence the green smoothies. However, it left me more bewildered than anything else and that’s not necessarily the best aftertaste to have. The jury probably spat this one out at the bottom of their ranked list.

Representing the big apple, and continuing the green theme, is ENISA with her soul-pop song ‘Green Light’. With a Dua Lipa-esque sound, the phrase ‘Give me that green light’ repeats throughout the entire song which makes it somewhat bland.

The actual song is rather generic, but it does sound like it could be pop chart music worthy, with an electronic drum and bass feel. The performance with the dynamic choreography is what could save it as ENISA certainly has stage presence, it’s just a shame that the song doesn’t feel that unique in the grand scheme of things.

Singer-songwriter Jocelyn pours her heart onto the stage with ‘Never Alone’, a song that has an important message – ‘Lonely is never alone’. The performance has beautiful staging. It’s really simple like a lot of other ballads seen previously in the contest, but with this particular song, just seeing the artist and her guitar is enough for the performance to become memorable.

Unlike the repetition in ENISA’s song, the repeated lyrics ‘Never Alone’ here don’t last the entire song and a lot of the lyrics are really moving. ‘You say it’s tough cause you don’t feel pretty enough, well same here / You feel judged when you’re stuck going nowhere fast, well same here / Tryna fill emptiness / Cutting off all your friends so they don’t see the tears’.

Jocelyn’s voice holds a lot of emotion, it is clear that she was moved by what she was singing – to the point where there was a moment when the vocals went off-track and she struggled to hit the high note of the song. However, regardless of that moment, the song really hit all the feels.

Representing the Virgin Islands, Cruz blends Latin and Caribbean influences with ‘Celebrando’. This live performance is full of vivacity, life, and a synth-sax. It is no wonder that it engaged the audience with its infectious rhythm and beats.

Finally, we see a performance where the dancers have interesting choreography – with a blend of professional Latin dancing and street dancing. Even though Cruz Rock is an individual performing the song, the vibrant staging really makes it an entertaining performance as he interacts with the dancers and audience.

Jordan Smith’s ‘Sparrow’ was chosen by this week’s professional jury to qualify for the semi-finals – and just like Week 1’s choice, the jury chose a slow ballad anchored by a strong voice.

Jordan Smith is the winner of US’s The Voice Season 9, and it’s obvious why he won that. His voice is dynamic, and a beautiful vehicle for the story of the song. With the inclusion of a choir at the end of the song, the piece really just accelerates into an impressive vocal display – especially when Smith hits the high notes and it feels like the song is its own entity flapping its wings and taking off.

Frederick puts on an incredible performance, despite some trouble with high notes in the chorus. Shoutout to the insanely cool guitarist alongside Frederick, who really is the cherry on top of this overall fire performance.

Montana: Jonah Prill, ‘Fire It Up’

Montana brings you classic country, but the true MVP is the band. The instrumental to this song is joyous, especially the prominent bassline which takes the song to another level. The guitar during the chorus is infectious, and it’s refreshing to actually see and appreciate the band members. With a stage decorated with tires, haystacks and a singer wearing a cowboy hat – it really runs with the country theme, and I wouldn’t be surprised if it qualified for the next round.

We’re not in Kansas anymore! Broderick Jones ‘Tell Me' starts off with Jones’ laid-back vocals, and soon turns into a sad banger in the same vein of Robyn’s music – the entire performance tells the story of a doomed romance, and it’s excellent. If any song of the night felt like a Eurovision song, it would be Broderick Jones’ ‘Tell Me’, with a slight Mahmood ‘Soldi’ vibe.

Jones’ interaction with the audience when the beat drops are engaging, and the smoke plumes from the stage felt like a dose of fun in the performance that the crowd went wild for. You can also tell that the camera crew were having a ball with this performance, with inventive camera work and cuts that matched the beat of the song perfectly – at times it felt more like watching a music video, which is really impressive considering it was live.

Virginia: Almira Zaky, ‘Over You’

Almira is inspired by R&B greats like Pharrell and Missy Elliott, and her song ‘Over You’ is a chill, relaxed tune, but some notes fell flat, and the overall performance felt a little bit tired. That being said, Almira Zaky is clearly a star in the making, as the song felt like a breath of fresh air against its competitors – but is this performance enough to get her through to the next round?

Maine: King Kyote, ‘Get Out Alive’

Representing the Pine Tree State is King Kyote and his acoustic song ‘Get Out Alive’. Certain comments in the YouTube section have nodded to the resemblance King Kyote has to UK’s Eurovision entry Sam Ryder, albeit with a hat – I agree. King Kyote has a very powerful distinctive voice, and it’s enough to carry the super simple staging of him just on an elevated podium with a few spotlights. However, I’m not sure if it’s enough to see him qualify for the next round.

You probably know Macy Gray, the Grammy-winning R&B legend and soul singer-songwriter, and here she is performing at the American Song Contest representing Ohio. She is known for her raspy tone and songs like ‘I Try’ and ‘Sweet Baby’.

Her latest song ‘Every Night’ is a jolly and uplifting song about living life to the fullest, with a few political lyrics infused into it – ‘I wanna talk about the times / I wanna talk about the climate’. The song has strong backing from a choir, which anchored the song and was probably the highlight of the piece. It’s clear that the crowd adored Gray, with audience members shouting ‘I love you’.

‘Every Night’ also featured a guest rapper, Maino, who interestingly does not have a featured co-credit anywhere on the song’s live performance on YouTube. Overall, the song is a welcome change in direction from the more heavy performances of the night. I would not be surprised if ‘Every Night’ qualified for the semi-finals due to the star power of Macy Gray and the positive message you can pull from it. Overall, it did feel quite unrehearsed and messy though. 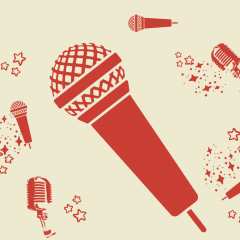