The private school boy bully who took it too far

A new two-part documentary, Jeremy Kyle Show: Death on Daytime, exposes the shocking truth of ITV’s most popular daytime TV show after guest Steve Dymond took his own life following an appearance on the show just days before. Through actors, former production staff speak out about the reality show, and just how demeaning it was for the guests who appeared.

From paternity tests, drug addiction, and allegations of cheating, the Jeremy Kyle Show was broadcast on our screens for 14 years, using those in poverty as performing monkeys in a game of entertainment, whilst Kyle took the moral high ground – tearing families apart and abusing the staff who worked alongside him. A former production member said that it gave people “a God complex”, and that they were made to lie to guests about what others had said about them to create drama and tension onstage.

"I think that show gave him and many of us [who worked on the show] a God complex - that you can talk to people however you want."

The Jeremy Kyle Show took vulnerable people who saw no other option to deal with their problems, and exploited them for quick cash grabs and a televisual thrill – nailing down stereotypes of poverty in the process. One of Kyle’s most famous practices was reinforcing the idea people in abject poverty are a waste of space, and that being in a vulnerable position such as unemployment somehow made you no better than something on the bottom of his shoe. Jeremy, a privately educated, middle-class presenter with no real experience of conflict resolution or poverty, would continually jump down guest’s throats whenever he did not approve of a scenario, acting like the Messiah – showing off to an audience of cheering fans that were getting a kick out of misery, all under the guise of a so-called “presenting style”.

For a man who was ever so disgusted by his own guests on TV, it's no surprise to hear what these individuals – as well as production staff – had to endure behind the scenes, but why wasn't it stopped? It was no secret that Jeremy liked acting the bigger man with a pristine moral code, that's the foundation of the show after all, so why did no one speak out about the blatant exploitation of vulnerable people? Most likely because the circus sells. From freak shows mocking the unusual and disabled to the modern-day plight of the poor, the middle class have had an ongoing obsession with the unfortunate for centuries, in a bid to feel better about themselves. Shows like Jeremy Kyle bred normality into a right-wing agenda.

The show acted as a light form of torture, an interrogation of single parents, addicts, and young people turning down a wrong path, all in desperate need of support but who instead we're met with vile abuse and a severe lack of compassion from both Kyle and former production staff. One former employee described how they would lie to those with addictions appearing on the show, telling them that only one person would be receiving help so they needed to say whatever on stage to get it. This was all just to create an atmosphere for viewing pleasure, despite the fact they were always going to receive the help regardless.

Jeremy spoke to a young woman suffering from addiction with such disgust and hatred questioning, “What are you?” before proceeding to spout “You’re disgusting”. The young woman died of a drug overdose years later. Guests were constantly at the mercy of the show, turning to the Jeremy Kyle Show for help amid crumbling NHS services, a show that treated the desperate need for social care in the same vein as winning a lottery ticket.

Kyle is no more qualified than an armchair critic, yet was given a platform to mock and belittle some of the most desperate souls in society. This is despite Jeremy himself becoming a gambling addict who cheated on his wife and had two divorces as a consequence. One wonders whether he spoke to himself in the manner he did to his guests? Money gave Kyle a sense of superiority, boosted by fame and admiration, but under it, all is just a creature who blatantly tormented individuals because he believed was better than anyone else. This all took place while the show's counsellor Graham Stanier, and ITV bosses sat by and watched it unfold. Maybe money really is the root of all evil?

ITV released an in-depth statement in which they claim that the aim of the show was to provide “conflict resolution” for its guests. 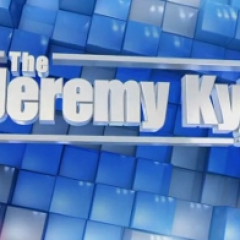 The private school boy bully who took it too far