The virtual gallery, open to any visitor over the course of the event, is a surreal exhibition space, with dedicated sections to several Asian or British-Asian artists. It is based in part around Two Temple Place in London, constructed by William Waldorf Astor, after he migrated to Britain from the US. Every Dollar is a Soldier/With Money You’re a Dragon contrasts the story of Astor, once arguably the richest man in the world, with the story of Chinese migrants, many of whom struggled after migration, and some unfortunate enough to live in the poorly-kept slums of Astor’s father. 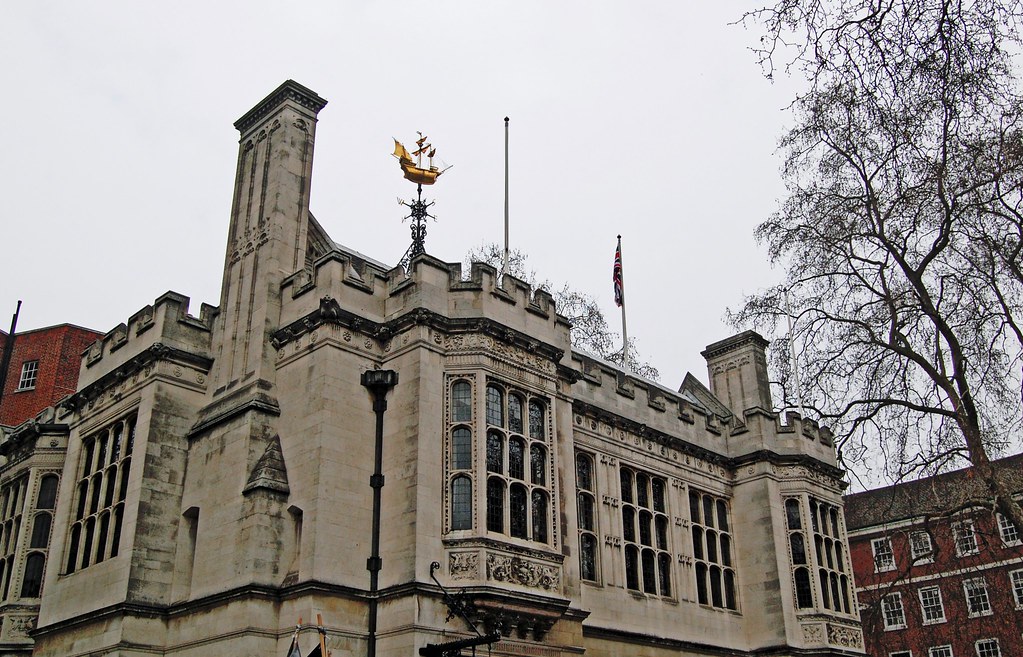 "Two Temple Place" by It's No Game is licensed under CC BY 2.0

The visitor explores by choosing an avatar — usually based on a statue found in the real Two Temple Place — which they control using the arrow keys (or WASD) to move around, and the mouse to move their first-person camera. There is a level of disorientation when first loading into the gallery, with sensory overload from the mix of music, ‘walls’ that blend together in a design akin to the depths of space, and the often free-standing exhibits themselves.

Journeying through the space feels like an experience in and of itself. Stumbling upon new pieces of art or artist biographies offers an interesting new form of viewer engagement. Much like a physical gallery, the visitor can choose where they go and what they pay attention to. Finding oneself in an unassuming corner only to come across a new haunting melody by An-Ting Chang, or visually shifting artwork had the odd but captivating effect of making it feel personal, as if no other visitor to the virtual gallery is experiencing it the same way.

There were some truly fascinating ideas on display. Excerpts of Jasmin Kent Rodgman’s Nineteen Ways of Looking could be found in a library-like section of the gallery. The composer’s Instagram Opera took a multimedia look at the increased levels of anti-Asian prejudice and violence throughout the pandemic, all of it shot on a camera phone and presented through social media ‘squares.’ This is a powerful piece of art that is showcased by the gallery through several small screens dotted around the library-like section. The effect of this formatting choice made the content of the videos feel more imposing, as it was impossible for the visitor to fully rationalise the content as it was spread out across the virtual space.

The performance itself, which was ticketed and occurred twice a day during each day of the exhibition, featured writer/actor Daniel York Loh portraying William Astor, accompanied by a variety of performances by other artists. It is here that the technical issues were most obtrusive. Beforehand, the simple act of walking through the gallery still led to numerous graphical hiccups or latency errors, but due to the nature of a live performance, interruptions like these were much more obtrusive when trying to follow Loh’s narrative, and depending on the quality of a viewer’s laptop, could entirely negate the experience.

The reliance on software and a 3D game-based AR system was ultimately a double-edged sword. It created a breathtakingly unique experience with new levels of engagement and personal experience, but unfortunately, due to the imperfections of the system, heavily reduced the impact of the live presentation. If technical difficulties became too strong, the viewer did have the option to watch a live stream instead, but as an option, this felt too much like a diminished version of what the overall experience was supposed to be. It is wonderful to see this technology explored as a new artistic medium, but its current inconsistency means it may be a while before this idea lives up to its potential. 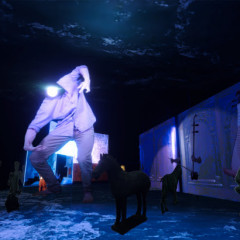 Review: Every Dollar is a Soldier/With Money You're a Dragon