A uniquely disturbing take on the repercussions of conversion therapy.

Trigger warning: Themes of suicide are mentioned in this review.

I Am Norman – directed and produced by Darius Shu and Arron Blake, and written and performed by Arron Blake – is a disturbing view of the aftereffects caused by Gay Conversion Therapy, which is shockingly still legal here in the UK.

For those of you who may not know, conversion therapy is a twisted practice that tries to banish the gay out of men and women by using medieval tactics and the word of God to shame these individuals into thinking there is something wrong with them. Although the tactics some of these conversion camps use are highly illegal – shock therapy, and brute force to name a few – sadly these camps are not, and they exist all over the world, including America and the UK.

Depictions we have seen of conversion therapy in entertainment are films like ‘Boy Erased’ and ‘The Miseducation of Cameron Post’. These films depict conversion camps in a light which is probably pretty accurate. The rules, the restrictions, the citing of scripture and the inevitable suicide that comes from forcing and shaming a person into thinking their very existence is a sin. Where I Am Norman differs is that it achieves all of this through the story of one man – Norman. The story it tells is more abstract, and the picture it paints is through obscurity. That being said, I would argue its message was more effective in driving home the horrors of such practices through it’s simple yet powerful execution.

I Am Norman tells the story of a failed actor, living in his car in a remote area of the country with nothing but stuffed animals to keep him company. Norman had a dog that disappeared into the fields one day and never returned because ‘they still shoot dogs out here you know.’ Norman calls a number that the owner has disconnected and he draws these sad childlike drawings of animals that, although are full of colour, scream of something else entirely.

From what I can tell, Norman managed to escape conversion therapy, but never made it home as the welcome he would have received would have been no welcome at all. A filmmaker is filming Norman to share his story, and it is here where I Am Norman addresses an urgent message that has been side-lined in our society for things more palatable.

Norman provides a service filming the suicides of those who have escaped conversion therapy and then sends the footage of their suicide to the families that disowned them. This was not where I expected this story to go as in the opening sequence I was greeted by gorgeous establishing shots of the English countryside at the hands of Director of Photography Darius Shu. To say it took a dark turn is an understatement, but a necessary move in bringing attention to the issue that is conversion camps and LGBTQIA suicides.

The LGBTQIA community are 8.4 times more likely to commit suicide due to family rejection than any other group. That’s not an easy number to digest. Yet, in watching I Am Norman or in learning about conversion therapy, it’s probably the first time people will have been alerted to the magnitude of the situation. I have heard horror stories about conversion camps and their sordid goings-on, but I was not aware of the suicide rate solely caused by being rejected by your family because of part of who you are.

I Am Norman is silently masterful, and Arron Blake’s portrayal of such a character is one that I won’t be forgetting in a hurry. Not only does I Am Norman prove you should never assume a film can’t make an impact without a big budget and a three-hour time slot, it disturbs the devil you know and recontextualizes the one you may have heard of but not considered as a pressing societal threat.

My view on social issues is that society can only seem to handle one or two at a time. There is a message at the beginning of the film that says, ‘You may find the following scenes upsetting, but that does not mean you should look away’. This not only sums up the whole film summed up in one sentence but some of the issues the LGBTQIA community face.

When it comes to LGBTQIA awareness, what is highlighted is filtered. Representation of LGBTQIA in entertainment has been a running issue for years, and thanks to documentaries like ‘Disclosure’ and shows like ‘Pose,’ it is improving. That being said, we cannot limit important issues to a two-at-a-time system when things like conversion camps exist and are causing the early termination of a life that was every bit worth saving.

Whether it is with racial politics, disability awareness or LGBTQIA awareness, we must not let groups slip through a net that results in a devastating reality, or like I Am Norman has shown us, a reality coming to an end. 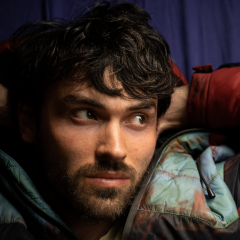 A uniquely disturbing take on the repercussions of conversion therapy.

Trigger warning: Themes of suicide are mentioned in this review.