In Bodies, New Creative Daniel Bryden manipulates pop and techno music to immerse us in the sweaty and complicated world of the club.

The start of the piece is a little unusual. Instead of jumping in with the music, we get a minute of Bryden explaining what the piece means and why he did it. Getting some information on the thought process and his ideas around the piece was definitely interesting, but it felt rather out of place. It seems antithetical to the a piece about the fractious and dream-like experience of clubbing to have someone dictate the themes to you beforehand. This also means you end up looking for the specific ideas that he talks about, rather than actually letting the audio experience wash over you.

The music itself is entrancing, mixing techno and ambient sound to create something surreal that you can’t resist moving to. The distorted vocals interspersed throughout the piece create an uncanny feeling which makes the piece feel haunted. You’re surrounded by whispers, but can never quite make out the words. This dream-like immersion is incredibly effective and pulls you in to be yet another body, possessed by the rhythm of the club. At the same time, you still run into the issue that the piece doesn't quite make the points that you’ve been told it should be making, so you’re left wondering where all those things are.

Despite the slightly jarring opening, Bodies immerses you in the heat of the club and gets you moving to an ethereal rhythm. 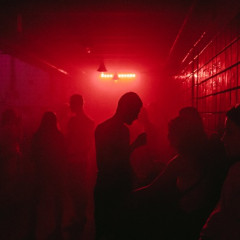 In Bodies, New Creative Daniel Bryden manipulates pop and techno music to immerse us in the sweaty and complicated world of the club.