The premise of Brett Goldstein’s show is simple: a discussion of love. But at times his material descends into a crude discussion of sex that feels more appropriate from a teenager rather than an established stand-up comedian.

Brett Goldstein is more established than he seems. What is love comes across as a first or second show, rather than the work of an experienced stand-up comedian. He’s better as a comedic actor: his personal work is too personal, delving into uncomfortable territory when discussing his sex life and recent break up, and largely relies on an immature, boyish humour.

His delivery was fairly smooth but relatively slow: he seemed comfortable in front of an audience (comfortable enough to enter dancing, topless) but less comfortable with his own material. However, this slight unease may be attributable to the repeated interruptions of two women sat in the front row. Goldstein had to stop his show three times due to their constant and loud talking. These interruptions created an awkwardness, but this cannot be fairly blamed on the comedian: he dealt with it well, even if visibly allowing himself to get increasingly angered by it.

At times he got uncomfortably close to the bone. Discussing his relationship to his parents, his dad’s ownership of a Spanish strip club, and the supreme pain caused by his recent breakup, at times Goldstein’s set seemed to stray into a therapy session, forgetting it was an Edinburgh Fringe show.

Comedians often dismiss such criticism as prudish or due to misunderstanding, but Goldstein’s step into this area failed to translate as edgy, and instead felt immaturely crude. This isn’t to say that there weren’t genuinely funny and quite thoughtful parts: his section on drunk texting, drawing parallels with Van Gogh, was smooth and wittily delivered, but a longer skit about the STD clinic relied on the audience sharing the sense of humour of a teenage boy.

It’s competent comedy, but at times Goldstein’s set descends into a cringeworthy crudeness.

Brett Goldstein: What is Love Baby Don’t Hurt Me is playing 9th - 26th August at 7pm, at Pleasance Courtyard (Beneath) 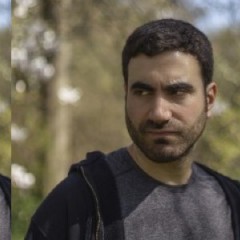 Brett Goldstein: What is Love Baby Don't Hurt Me

The premise of Brett Goldstein’s show is simple: a discussion of love. But at times his material descends into a crude discussion of sex that feels more appropriate from a teenager rather than an established stand-up comedian.