Wisebown, urban poet, demonstrates his lyrical and comedic talents in this pseudo musical. His parodies of modern classics like '9 to 5' were effective and generally accessible, if a little contrived. These fit perfectly into his somewhat confusing family-style of comedy. It came across as though a producer had told him to make his comedy accessible to a wider audience by saying gluten instead of drugs. This did have comic merit, but not as much as intended.

The narrative given was interesting if a little sparse. The precisely rehearsed audio cues allowed for some fast-paced comedic sections. However, this did not make up for the lack of content, which resulted in a dissatisfying conclusion.

Making rap music family-friendly is a respectable feat, and his stage presence was impressive. Wisebowm is clearly an artist with a large amount of potential. However, this was not entirely captured in his performance.

I would not deter any punter looking for some light comedy at 1:45pm from watching this show. The experience is well-paced and without any drops in humour. However, the ending was nothing short of disappointing, which detracts from the overall performance. 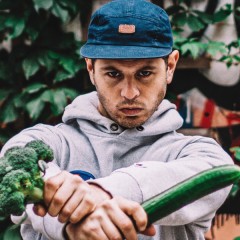 Wisebowm: The Struggle Is Real