The Chief Executive is interviewed about his career, the future of arts, the importance of investment of subsidy, and takes questions from the audience

YPIA has always been fantastic at pulling in big hitters of the Arts world, and there are few as big as the Chief Executive of Arts Council England - The fourth biggest charity in the UK.

This is not even the first time they have attained an audience with the top-members of ACE.

Former Chief Executive Peter Bazalgette ha s previously spoken at YPIA events, and now Darren Henley, his successor, has also come to give advice to young people who are starting their professional careers.

Guiding Darren on the recollection meander through Darren's career was Harry White, who asked questions on Henley's early days reading the news while studying Politics in Hull, and his rise through the ranks of Classical FM.

On university, Darren said it was a great place, because you could go out and make mistakes. Making mistakes allow you to grow and learn from them. He urged people to “hoover" up as many different things you can, and take opportunities wherever they are presented. However, he did also emphasise that university and college is not the only route, and many people benefit from the opportunities an apprenticeships and internships offered. He was keen to stress that “there is a difference between work experience and being employed for no pay".

The conversation turned around the Henley's work on the commissioned reviews he conducted for the Government on music education. These saw big structural changes.

Darren actually heard about the position of Chief Executive through a headhunter who called him up. He had minimal previous dealings with such recruiters, but obviously took this one up.

Henley also spoke of of the strength of the creative sector. He stated that it contributed £85bn a year to the UK economy, and has had 9% growth. This means it is faster growing than the financial industry. A perfect statistic to demonstrate the value of the arts to the Government, and anybody else who questions money spent in the sector.

These talks are perfect for people who are at university, or at the first stages of their professional career. I'm unfortunately usually busy with my university course, but the few times I have managed to go they have been very informative.

I was liveblogging throughout the whole event, and if you want to relive the event you can do so through the Storify stream below. 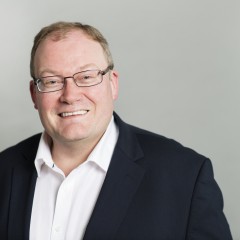 The Chief Executive is interviewed about his career, the future of arts, the importance of investment of subsidy, and takes questions from the audience