Not just any old comedy magician

I bloody love magic. It brings out the big kid inside of me, but when it's done badly, I feel like my ice cream scoop has dropped out of the cone and landed on the concrete. Safe to say, this definitely wasn't the case for Firman's show. Without ruining the illusions for you, I am going to try and articulate just how incredible this entertainer is.

The show started with a 'grand illusion', and it really was grand. He went on to include the audience, from seemingly impossible card tricks, to disappearing acts and transformations I was in amazement. Not only were his tricks awesome but also so was his stage presence, he commanded the sold-out show with wonder.

The audience participation really was key, it kept everyone on the edge of their seats, wondering who he was going to pick to be part of his next trick, a skill in itself. Costume, lighting, sound and visuals were all understated, allowing for Firman's big personality and even bigger talents to shine all the more brightly.

It was a huge success. The crowd went wild; we were all astonished and left wanting more. Fast paced comedy and insane illusions.

Pete Firman: Super Duper is on everyday August 9-30th at the Pleasance Courtyard, (Venue 33) at 20:00. Suitability: 14+. Tickets and more information are available on the Fringe website 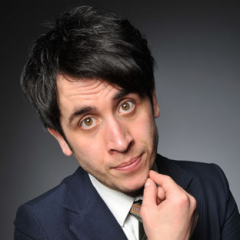 Not just any old comedy magician