Bailey's routine exuded such a level of energy, that would raise up even the dullest of demeanours.

But, is merely being cheery enough?

He detailed the antics of his life around being gay and a bit of a tearaway when he was younger. He was also only too happy to admit and not fight the fact that he barely gets through entire routines because of the tangents he finds himself drifting off on. This felt admirable because he possessed a commendable ability to keep the tangents on a course relative to the original point and only head off on ones that were funny. Sometimes he would involve the audience by asking our opinions about what we would do in certain situations, and one rowdy gentleman gave it back as good as he got, which is always good for a show.

His relationships with his exes and family were the main vague structure of the show – the most far-fetched antics from which the comedy oozed.

What was pre-written though, seemed a bit contrived. There was a lot of material about coming out to his parents, living in a deprived part of Greater Manchester and looking sceptically at the people he grew up around, his mad aunties, and how he got on in school. While these encounters may manifest themselves in different ways for different people, I was acutely aware that what I was hearing was funny, but a bit done. Many of these areas have been done to death and it takes a great deal of imagination to cut through stale material – made stale by everyone else – and mould it into something original.

It is certainly admirable and brave to stand up and tell people about such delicate matters in your life, possibly more so to turn them into jokes. But perhaps we needed something more now.

Standing there for an hour telling us funny things that have happened could work, but so many of these funny things have happened to so many other people on many a comedy stage (for many years). Unfortunately this makes for a distinctly average show, something that stands out greatly in Edinburgh.

The material was there but it needs a reworking to surpass the staleness, and possibly form a more unique comedy.

Catch Stephen Bailey in the Pleasance Bunker Two just next door to the Pleasance Courtyard at 16:15 all month except on 19 August - https://www.pleasance.co.uk/event/stephen-bailey-shouldve-been-popstar#overview 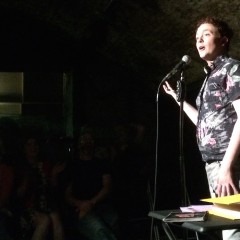 Stephen Bailey: Should’ve Been A Popstar

Bailey's routine exuded such a level of energy, that would raise up even the dullest of demeanours. 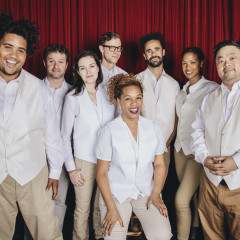