Hairline opened with the most original start to a routine – slick and funny with the right level of ridiculousness.

I love it when a performer addresses that they are performing and addresses the technical procedure and the crew backstage. The opening gambit was based on doing something to please the producer and then launched into the rest of the routine properly.

It's a remarkable skill to make comedy from absolute tragedy. Day takes us through losses of varying degrees and types in his life recently in the attempt to make us laugh. Unfortunately, it didn't sustain. The first third of the show was met with a great deal of laughter. It was humour delivered in a serious register making some gags split sides. I did, however, notice a checkpoint in the show after which I wasn't made to laugh again. Some off hand comments about things not particularly related to the primary theme of the show of loss like politics and mad, elderly relatives, made me crack a smile but little more.

It felt clear that this was because of an eventually obvious attempt to deliberately extract humour from the tragedies in his life. At a certain point after hearing about such sadness in a grief-worn comedian's life, the audience became drained. The anecdotes became, however humorous they were when they happened, tinged in pity.

It fills the hearts of an audience when they hear about difficult trials in a comedian's life and it is followed by their coming to terms with it in the most hubristic and comical way. Day, at times, made it all too conscientious by paying homage to the forces which helped him through it in an admirably honest but altogether not-so-funny way. He took on the mammoth task of a tragicomedy which I've rarely seen done well and, if so, only by comedy greats. A bit of tact is needed to sustain the delicate balance of comedy and tragedy. I think Day is a very funny man but most of this routine just needs a polish.

Catch Kevin Day: Hairline in the Billiard Room at the Gilded Balloon at 18:15 all month - https://edinburghfestival.list.co.uk/event/475243-kevin-day-hairline/ 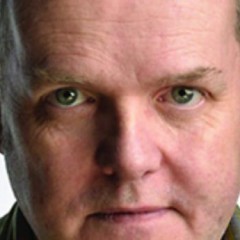 Hairline opened with the most original start to a routine – slick and funny with the right level of ridiculousness.