Will Durst's show is filled with original observations about the humorous aspects of the baby boomer generation's way of life.

The delivery from Durst who sounds like a US sitcom patriarch was lively and vivid as if he were half his age. As a preview, his jokes were fairly well received. Although there was one couple who laughed at every gag even at the ones no-one else did. He was quite accommodating for a man who seemed as if he rarely did comedy in the UK – hailing from the US himself. Although there were some gags which catered very well to the British audience.

His routine, though, has a saturated demographic. Many of the cultural references and nuanced jokes about the perception of the baby boomer generation by subsequent and previous generations went straight over my head. I do, however, appreciate that if the routine were catered for people who grew up through the nineties and the noughties – people Durst called 'millennials', I have appreciated it a great deal more. What should be said is that the rest of the audience – of a markedly older age than myself – enjoyed themselves greatly.

The one-man-and-his-microphone treatment fit perfectly for the routine. For all the shortcomings, which were only short for me, to give him credit, this was a preview and I'm going to say that his future shows are going to be a big improvement. He and the audience knew what was strong and what worked. It'll be a raucous laugh for people of a certain age.

Catch Will Durst in the Wine Bar at the Gilded Balloon at 17:30 all month - https://edinburghfestival.list.co.uk/event/482331-will-durst-boomeraging-from-lsd-to-omg/#14903-gilded-balloon-teviot 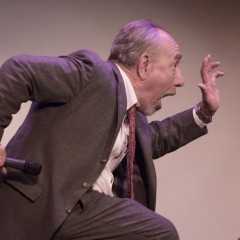 Will Durst: BoomeRaging from LSD to OMG

Will Durst's show is filled with original observations about the humorous aspects of the baby boomer generation's way of life.