This is a short review of my visit to The Albukhary Foundation Gallery of the Islamic World in the British Museum.

I really appreciate any feedback on my review! 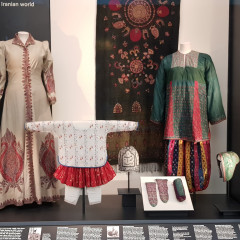 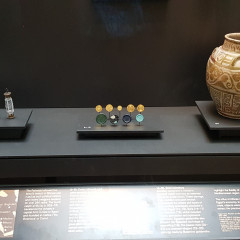 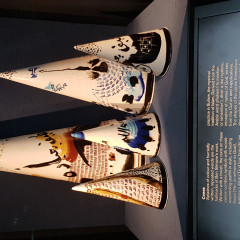 Over the October half-term, me and my family took a trip into London to visit the British Museum. I went with the intention to visit the museum’s “The Islamic World” gallery, and I was not disappointed at all. From the moment you enter, you are transported back in time to an era where the Islamic Empire was at its greatest. The sciences and arts were the reasons of which the empire was able to reach out far and wide. Many nations traded with the empire, as they offered craftsmanship and knowledge in the sciences (and mathematics) that was not seen any where else in their time. What astounded me the most was the condition of the artefacts (such as ceramics and glassware) - many of them dated back to pre-Ottoman empire (l13th century and older, or were from around the time at the peak of the empire), with words of God and prayers in Arabic or Persian carved into the stone or metal. And yet, the design(s) never faltered. I noticed that a lot of the bowls and dishes (most of which were actually chinaware, but decorated with Persian or Turkish motifs) were painted blue, so I did some of my own research to find out why it was such a popular choice of colour. Interestingly, blue glazing actually first became popular in Middle Eastern ceramics in the 9th and 10th centuries - many originally think the use of blue in ceramic as natively Chinese, however, it only spread eastwards to China along the Silk Road and became rectified as Chinese porcelain in the Yan (1271-1368) and Ming (1368-1644) dynasties. Furthermore, the art of calligraphy was prominent in the gallery because it was decorated on almost all the artefacts - even the pen boxes and ink pots were scribed with Arabic or Persian letters.

As well as the fine arts, its poetry and literature enchanted people all over the world. Many from western nations would actually come to the Middle East just to hear the famous poets and writers of the time, including Rumi. Many also went there to study, as the Middle East was the centre of knowledge. Did you know that the first ever university that opened was by a woman called Fatima al-Fihri?  She was a Muslim woman from Tunisia who founded the first known university over 1,000 years ago: the University of al-Qarawiyyin in Fez, Morocco. She is truly an inspiring role model.

Overall, I believe this experience has really opened my eyes to the sacred but complex arts of the Islamic World. There is so much more to it than geometry and calligraphy, that I underestimated how important the work that came out of the Islamic world is today. Without it, we wouldn’t see the incredible architecture and the progress in mathematics and sciences that surrounds us on a daily basis. 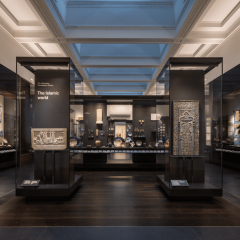 The Islamic World from The British Museum - Review

This is a short review of my visit to The Albukhary Foundation Gallery of the Islamic World in the British Museum.

I really appreciate any feedback on my review! 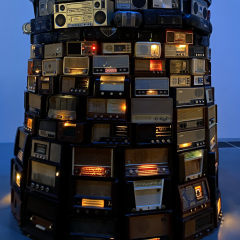 Media Networks at the Tate Modern