A look at Photo North Festival, a photography event with exhibitions, talks, portfolio reviews, and workshops.

Photo North Festival took place last weekend, from 7-9 May, for the third year in a row. Taking place in Manchester, the main themes of the festival this year were identity, faith, and hope, and there was once again a focus on supporting marginalised communities as well as the homeless.

There were exhibitions from a variety of photographers, including Chris Floyd, who has done portraiture for an impressive range of celebrities, from Marcus Rashford to Graham Norton to David Cameron. His exhibit, “Inside the Bubble & Half a Lifetime Ago,” is a series of works showcasing the band The Verve, who he was associated with in 1996 and 1997 during their meteoric rise to fame. He was the only photographer that had access to the band at that time, and the resulting exhibition is a fun throwback.

Tom Stoddart, who sadly passed away in 2021, is another photographer whose work was exhibited. The last book he published before his death was Extraordinary Women: Images of Courage, Endurance, and Defiance in 2020, and photographs from this book were exhibited in memorial of Stoddart. It was a moving exhibit, depicting women from all walks of life and celebrating their tenacity in times of hardship – proving Photo North’s stated themes and their focus on the marginalised and homeless to be true.

As well as photography exhibitions, there were also screenings of films during the 3-day festival. One such film was Picture Stories, a 2021 documentary about the magazine Picture Post that was published in the 1940s and 1950s and was the best-selling weekly magazine at the time. The documentary uses archive interviews to explore the legacy of the magazine, which was incredibly important to British photography and helped shape where it is today. There was also a selection of screenings featuring Tom Stoddart where he recounts his experiences in conversation with Neale James, as well as talks and book signings with the likes of Richard Davis, Caroline Cortizo, David Collyer, and Chris Floyd.

There were also several book stalls from the likes of Bluecoat Press and Fistful of Books, and there was also a Royal Photographic Society stall who were giving away free copies of the magazine DIGIT, which is published quarterly for paid members of the Digital Imaging Group. Members of the RPS team were there to talk about what they were giving away, and they were very friendly and helpful – as someone who doesn’t know an awful lot about photography, the stalls, and indeed the event as a whole, felt like a great place to start. Whether you have a budding interest in photography and very little knowledge or you’re somewhat of an expert, Photo North felt welcoming regardless and there was something there for everyone. Redeye, The Photography Network were also there and were giving out free portfolio reviews to anyone who wanted one.

As well as all these excellent exhibitions and photography-related events and activities, there was a lovely bar area to relax in and food to buy, so if you wanted you could spend your entire day at the festival.

Regardless of your knowledge or experience, if you have even the tiniest bit of interest in photography then Photo North Festival is absolutely worth checking out. This year’s festival finished on 9 May, but it will hopefully return next year for the 4th time. This year, the exhibitions were impressive and thought-provoking, and even as someone with minimal knowledge of photography, there were a lot of interesting things to check out and I left with an increased interest. Who knows? It may have even sparked a new hobby. 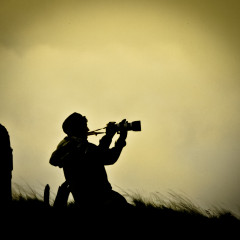 A look at Photo North Festival, a photography event with exhibitions, talks, portfolio reviews, and workshops.