Acclaimed Dutch director and screenwriter Paul Verhoeven turned 84 years old on 18 July. He is best known for his Hollywood films – which include RoboCop and Basic Instinct – though he has also directed several notable films in Dutch. Here, we take a look at some of the most acclaimed films of his career (and one or two of his most… controversial).

Perhaps Verhoeven’s most polarising film, Showgirls is an erotic drama film from 1995 about a street-smart drifter who goes from stripper to showgirl in Las Vegas. It was a critical and commercial failure when it was released, as well as the subject of a lot of controversy because of the amount of nudity and adult content. It had a budget of around $45 million and made less than $40 million at the box office (which would partially have been because of the film’s rare NC-17 rating), but the film still managed to turn a profit thanks to the home video market where it made over $100 million.

In recent years, despite being panned in every conceivable way upon release, some have begun to see Showgirls as a misunderstood masterpiece. There certainly isn’t a consensus on the film’s quality, and it is now incredibly polarising in most film circles. (On Letterboxd, for example, it has an average rating of 3.1, and there are as many people giving it 5 stars as there are giving it 1 star.) It has become a cult classic, and there are now a few respected filmmakers and critics that see it as an ingenious bit of satire (particularly of the American dream).

A thriller released in 2016 in Verhoeven’s native Dutch language, Elle won Best Film at the 42nd César Awards, as well as the Golden Globe for Best Foreign Language Film, and received a lot of acclaim from both critics and general audiences alike. It was Verhoeven’s first feature in ten years, after Black Book in 2006, and boy was it worth the wait. Isabelle Huppert gives one of the finest performances of her career as Michèle Leblanc, which won her numerous awards and an Academy Award nomination.

While the subject at the core of Elle is, in typical Verhoeven fashion, one with high potential for controversy and simply a very sensitive topic (the film functions as a sort of rape-revenge story), it is handled very well. Unlike Showgirls, which has been understandably criticised for scenes of a violent nature towards the end, Elle handles the subject adeptly and in an honest, inspiring and empowering way. Quite easily one of Verhoeven’s best films, and probably his most underseen.

It is 2084, and when Douglas Quaid goes to have virtual memories of a Mars vacation implanted into his brain, he discovers that a memory chip has already been planted. He sets out to discover why, forcing him to visit the planet for real. Or does he? Setting aside some (unavoidable, considering the genre and story) anachronisms, Verhoeven’s 1990 feature Total Recall is one of the best science fiction films ever made. Adapted from a Philip K. Dick novel – so many great science fiction films are – the almost dystopian future presented in Total Recall remains painfully relevant today, and the anti-corporate themes and struggle against unchecked corporate power and authoritarianism almost seems like something that will never not be relevant at this point.

Thanks to the premise, there are also a lot of thought-provoking questions raised surrounding the nature of memory and the difference between reality and dreams. While Verhoeven’s trademarks as an auteur (namely his quirky combinations of violence, sex, comedy, and satire) and Arnold Schwarzenegger’s acting abilities aren’t for everyone, they certainly provided us with a memorable film here. Total Recall is, if nothing else, unique and fun.

An erotic thriller featuring Michael Douglas and Sharon Stone, Basic Instinct (1992) is a film that most people are well aware of, even if they haven’t seen it. As is often the case with Paul Verhoeven, the reason this film needs no introduction is because of the controversy surrounding it. Basic Instinct has become famous for a scene in which Sharon Stone crosses her legs and her vulva is briefly shown, a controversy made even more questionable by the fact that Stone claims she was misled about that scene and was not aware anything was going to be visible. Stone and Verhoeven are on good terms however, and Stone has said she felt Verhoeven made the right decision, so it isn’t entirely clear as to what happened.

There was also controversy surrounding Basic Instinct because of the graphic sexuality and violence, but especially because of the portrayal of gay and lesbian characters in the film being cast as villains. There were protests from parts of the LGBTQ+ community at the time of its release, but opinions have since been re-evaluated. While some still think it features harmful portrayals, others believe that it is merely a satire (which is credible considering it’s a Verhoeven film) and point out that Catherine’s bisexuality is not the source of her deviance, but is actually portrayed positively and as a source of her power.

Perhaps Verhoeven’s most famous film, RoboCop is another over-the-top science fiction action flick. In future Detroit, where crime levels are at an all-time high, police officer Alex Murphy is murdered by a gang of criminals and left for dead. Thanks to the evil corporation Omni Consumer Products, however, he is brought back as RoboCop, a human/machine hybrid with little memory of his past life whose only job is to fight crime.

It’s just as cheesy as it sounds, but that is offset massively by the excessive violence on display. In the first half hour we witness the protagonist brutally murdered in a drawn-out scene where they practically torture him before escaping capture. The over-the-top nature of RoboCop also works in its favour when it comes to the themes. The first death we witness is that of a corporate executive being brutally shot by a prototype crime fighter robot. Mere moments after he is killed, his blood pouring over the floor of the meeting room atop a skyscraper, the CEO begins muttering about interest rates and costs, barely acknowledging the gruesome scene beside him.

Satire is what Verhoeven is best at, and RoboCop is the classic combination of excessive violence, comedy, and satire that he is known for cranked up to one hundred and ten percent. While there is somewhat of a bid for pathos in RoboCop’s storyline, surrounding his lingering humanity and remaining memory fragments, it doesn’t really register, which may be the film's only real flaw. 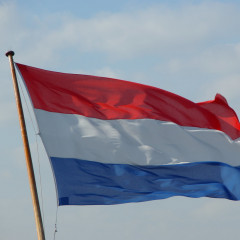 The world of Paul Verhoeven