It’s been 30 years this summer since Reservoir Dogs was released and kickstarted the career of one of the most famous filmmakers alive today – but has it aged well?

Quentin Tarantino is a name known to most people, even those not well-versed in cinema. His sophomore feature Pulp Fiction (1994) propelled him to fame after it won the Palme D’Or and an Academy Award for Best Original Screenplay, and he’s no stranger to controversy either, thanks to his depictions of violence and the frequent use of racial slurs in his films. Prior to Pulp Fiction, though, he made the independent film Reservoir Dogs (1992) on a small budget, partially funded by the money he made from selling his screenplay for True Romance (1993).

Reservoir Dogs is a crime film starring Harvey Keitel, Tim Roth, and Steve Buscemi – among others – as diamond thieves who plan and execute a heist that ends up going wrong. The group suspect the heist was a setup, and chaos ensues among them as they try to figure out what went wrong. The story is told in a nonlinear fashion, which has since come to be known as one of Tarantino’s trademarks, much like the violence, dialogue (the famous diner scene in which the characters discuss tipping is perhaps Reservoir Dogs most famous example of Tarantino’s style of dialogue), and pop culture references.

It's quite rare for a directorial debut to have such a distinct style. They will often possess characteristics that will later become recognisable as part of that director’s auteur signature, but more often than not there will be glimpses of it rather than a fully-fledged signature style. With Reservoir Dogs, it’s almost like Tarantino immediately knew what he wanted to do and just… did it. It is instantly recognisable as a Tarantino film, which isn’t necessarily good or bad, but it’s certainly impressive that it didn’t take him a few films to find his feet. It fits right in with the rest of his filmography, including in terms of quality.

Reservoir Dogs was named the Greatest Independent Film of All Time by Empire, and it was highly acclaimed at the time of its release by both critics and audiences alike. The performances were widely praised, as was the writing (especially the dialogue). The violence in the film was somewhat criticised, but also praised by some for how realistic it felt and how shocking it was to so many audiences. It was partially because of the violence – as well as Tarantino’s style being so unique at the time – that some critics such as Jami Bernard have claimed audiences were not ready for Reservoir Dogs, comparing it to the 1895 film L'Arrivée d'un train en gare de La Ciotat, because of how the audiences for that early French film ducked when the train approached the camera.

Was Reservoir Dogs truthfully so impactful and so influential, though? Are the comparisons to some of the earliest films ever made justified? Somewhat boringly, the answer is somewhere in the middle. Reservoir Dogs is a well-written, entertaining film with great performances and writing, yes. It is also flawed. The characters, while performed excellently, aren’t as fleshed out as they could’ve been, and the nonlinear storytelling somewhat masks how empty they feel by the end; they do a whole lot of talking with not a whole lot of things to say.

While it was very influential, and Tarantino (not just with Reservoir Dogs) has sparked countless knockoffs and films with similar sounding dialogue, there have been many other independent films that have done the same. Stranger than Paradise (1984) and Blood Simple (1984) both come to mind, and so Reservoir Dogs being granted the title of “Greatest Independent Film of All Time” does not feel justified.

That does not make it a bad film, though. It is fun, entertaining, well-written, and it was certainly different to anything else that came out in 1992. It also sparked the career of one of the most successful directors of all time, so while it may not be the greatest anything, it remains a great film nonetheless. 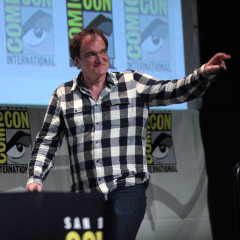 It’s been 30 years this summer since Reservoir Dogs was released and kickstarted the career of one of the most famous filmmakers alive today – but has it aged well?